Manchester, UK – December 4, 2020 – Blackmagic Design today announced that Towers of Tigray, a branded content film for The North Face, has been produced by Colab Creative using a Blackmagic RAW workflow for both acquisition and post.

“The project is a throwback to the unexplored, audacious climbing adventures of the past,” says William. “Given the extent of the challenge, we had to rethink our production workflow and decided upon the URSA Mini Pro G2 as our workhorse. This was supplemented with a couple of action cameras and a drone.” 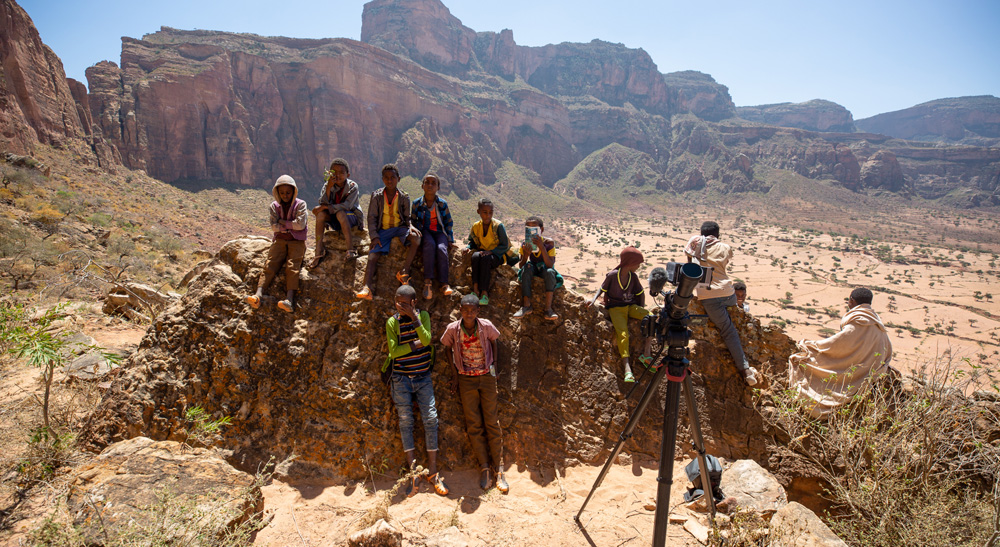 He continues: “The fact that you can shoot high frame rates with the URSA Mini Pro, and record audio in camera easily, is not something I can do on one of the more expensive cine cameras, and makes it a unique and compelling combination at this price point.”

Towers of Tigray includes aerial sequences, some long lens shots and content from the climbers’ helmet cameras, but the majority of William and Olya’s film was captured handheld. “We wanted to retain the feeling of authenticity and for audiences to feel as though they are sharing in the experience,” William adds. “It’s about shooting the adventure as it unfolds. James and Caro even set up a fixed line on one of the walls so that I could jumar up with a rigged camera during one section of the climb.”

Everything was acquired in 4K using Blackmagic RAW (8:1), and the rushes were recorded straight to USB-C drives. “Not having to worry about swapping out CFast cards while in a harness on the side of a cliff is such a bonus! As is the fact that you can just plug the drives straight into your computer. It made everything so much more straightforward.” 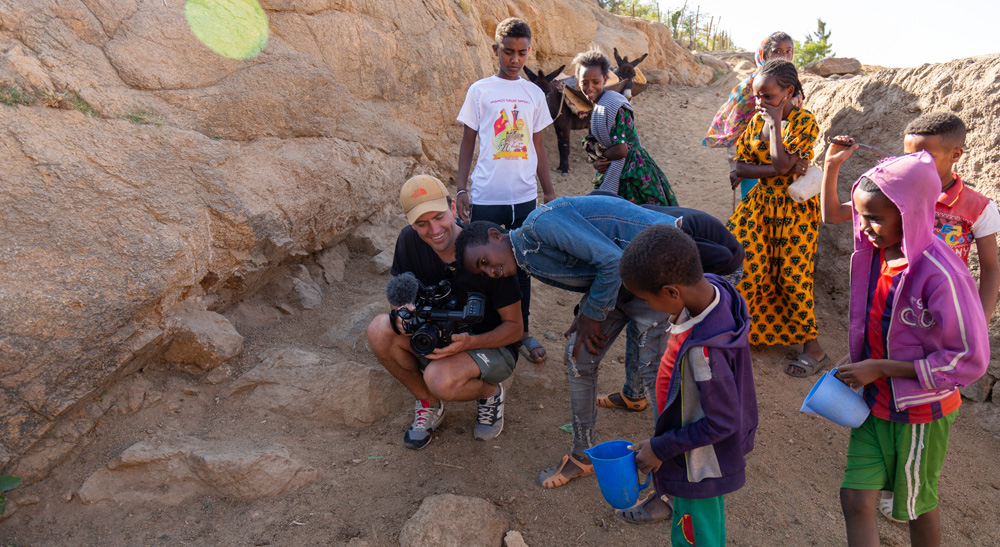 For lenses, Colab Creative chose a mixture of EF glass from Canon. “We typically have to shoot stills photography on our trips as well,” William continues. “So it allows us to take a lens off one camera and put it on another, meaning we can easily capture the scene in two different ways for the client, and we don’t have to carry around extra kit.

“I thought that the camera might be a bit too heavy but there’s good reason for that – it’s not plastic. Instead it’s made of magnesium alloy which means I can throw it into some extreme situations and not have to worry about it.”

Perhaps the biggest challenge William and Olya faced while filming was how harsh the light could be in Ethiopia. “Because of that, we did rely on the internal ND filters on the URSA Mini Pro,” Olya adds. “But filming in Blackmagic RAW meant that we didn’t have to give it too much thought, as we’d have room to play with in post, providing we hadn’t overexposed anything.” 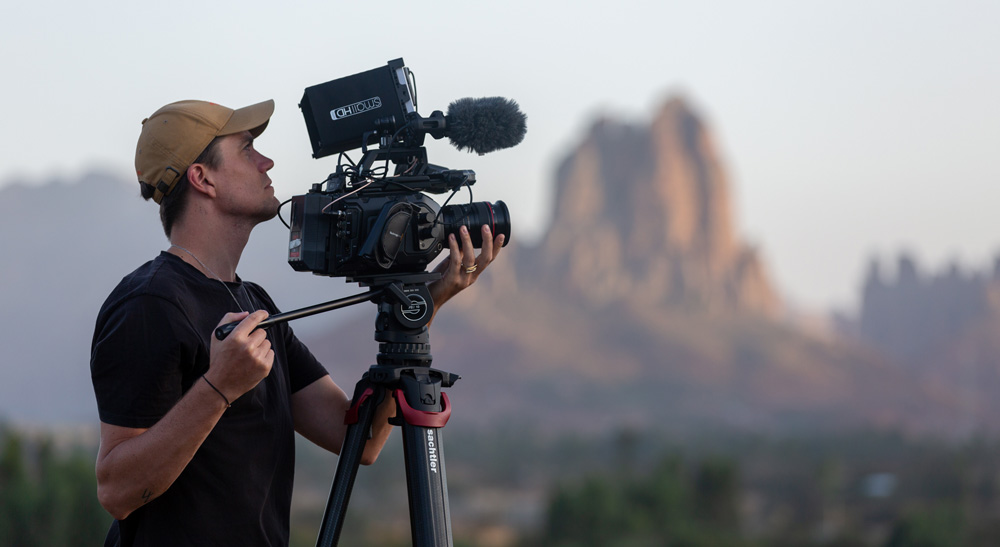 The edit and grade were completed in DaVinci Resolve Studio, while in lockdown on a small farm in South Africa using a MacBook Pro.