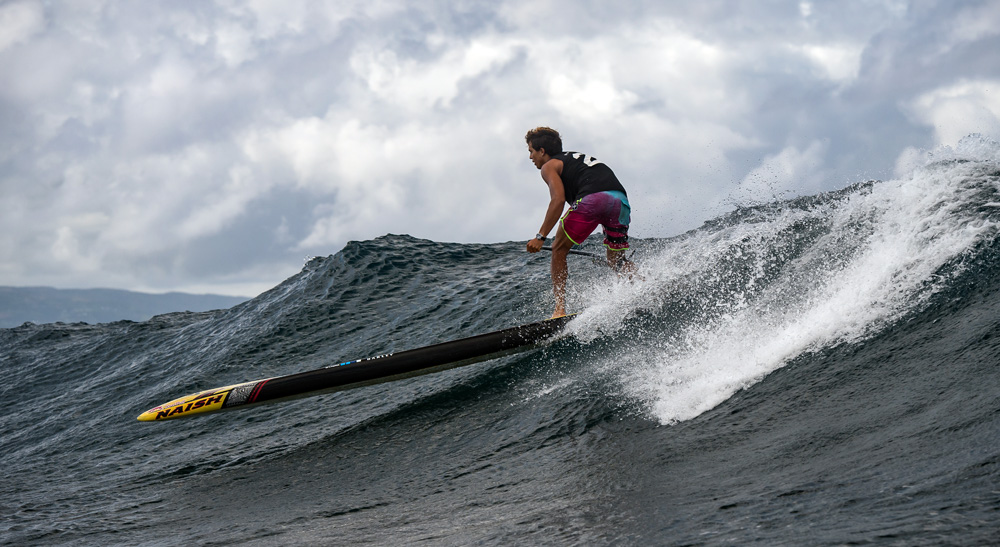 Created by the Waterman League, the APP World Tour is the official professional world championship tour for the fast growing sport of paddlesurfing, also known as stand up paddling (SUP), including both the surfing and racing divisions. The APP World Tour produces a complete inventory of programming, including live and post produced broadcasts from all of its events across the globe, with distribution to more than 100 countries worldwide via premier global networks such as CBS Sports and Fox Sports Australia. Delivering live broadcast action, highlight content, athlete specials and post produced shows, the tour’s 2018 events will be held in London, New York, San Francisco, Paris and the Canary Islands.
According to CEO Tristan Boxford, the Waterman League is a production company that founded and operates the APP World Tour, working with partners across the world, including government agencies and television networks, to make sure the league delivers high quality events on a global scale.
“We’ve produced events and live productions everywhere from the beautiful beaches of Hawaii to the city of Tokyo to Germany to Patagonia in the glacier area of Chile to Fiji and beyond,” said Tristan. “We have a very dynamic environment. We need products that can hit the ground running, so we can create a production setup very quickly and easily. Sometimes we don’t even have production trucks and other various elements that make things easier from a production standpoint.” 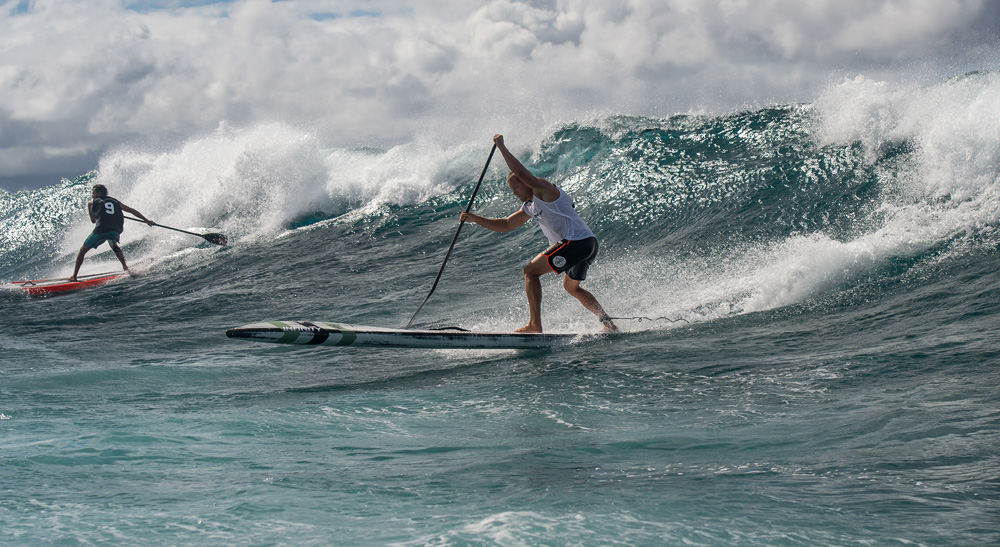 In each live broadcast event, the Micro Studio Camera 4K captures two hosts in the broadcast booth, two URSA Mini 4K cameras are set up to capture the main action angles, and another URSA Mini 4K acts as a roving ENG camera. All of the camera feeds run via SDI through Blackmagic Micro Converters SDI-HDMI, and the loop through SDI signal is then fed into the ATEM Production Studio 4K, while the HDMI out signal is fed into a replay machine, sending one replay feed back into the ATEM. The Micro Studio Camera 4K runs SDI in and out, giving the team control over that camera from the ATEM Production Studio 4K. The team also has a graphics station that runs live graphics on an HDMI input, while all of the audio gets mastered via a MIDI board running in conjunction with the ATEM and its software.
The Waterman League also runs two full time television series that follow both the surfing and racing tours and their competitions, as well as special projects and lifestyle content the company creates to support the tours, including segments on the athletes, locations, lifestyle and other elements of the sport. Since 2012, the tour has been broadcasting all of its events live on the web. After using Blackmagic Mini Converters for many years, they began using ATEM switchers to support their live broadcasts.
“The ATEMs were very intuitive and easy to use, and gave us the high quality we needed,” said Tristan. “They are amazing for our needs. From there, we saw the value of the cameras and the level of production quality, and began gearing toward that. Now all of our cameras are Blackmagic Design. We use the ATEM switchers for live production, the studio cameras for live studio setups, and the URSA Mini 4K for the high speed action of all the water sports.”
The Waterman League’s Director of Media, Christian Henning, directs each webcast and runs the ATEM Production Studio 4K software control on his computer, in addition to the main switching computer which has built-in macros to run the ATEM. Each member of the technical team has a computer on the network with a copy of ATEM software running, both as a backup for the main computer and so that at anytime anyone can be called on to check audio, load a graphic or assist in an emergency with switching. 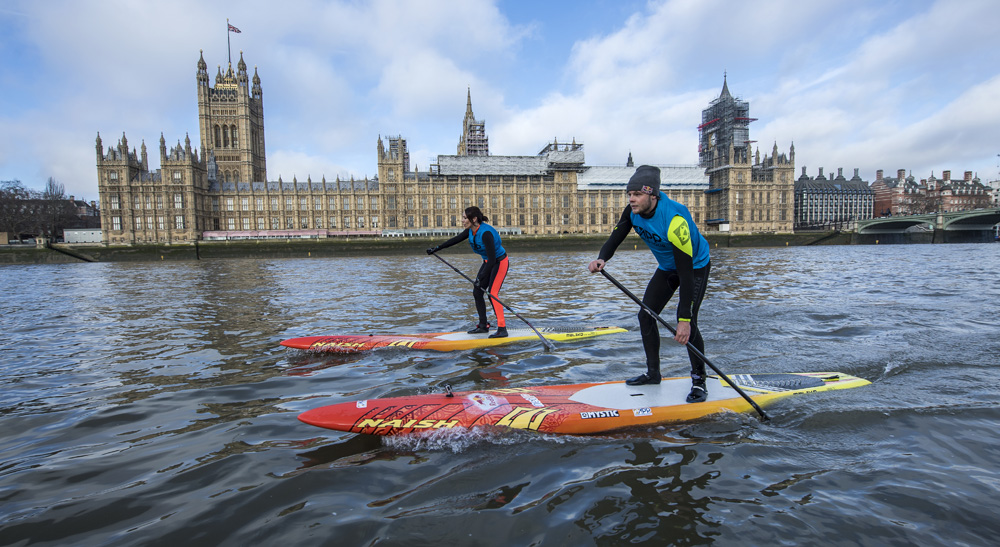 The team runs a program feed out to the beach via SDI and to the announcers in the booth while a replay machine creates the line cut from the day’s broadcast. The SDI signal is also split to an editor who cuts live packages throughout the day and assembles the highlight video for release as soon as the day’s event is done. The team also sends a master feed out to an encoder and to RTMP locations to put it out to the world.
According to Christian, “Since the start of our live broadcasts we have been using ATEM production switchers. The software interface has made it a breeze to connect a number of operators, from our audio control to our technical director and graphics operator. We have been able to grow our productions using Blackmagic Design products from just a two camera setup covering a day long SUP surfing event to a full fledged live broadcast entity, creating a television show from each of our events around the world while also providing our global fanbase with the live competition experience.”
“Being a SUP surfing and racing World Tour means we only film and operate in the worst conditions you can put electronics into, with salty sea air, wind, rain, and waves battering our gear no matter how tightly we cover things up and protect them,” said Christian. “We have had to pull off live broadcasts on deserted islands, on beaches during the worst storm in Europe in 50 years, as well as in deserts where the soaring temperatures melted battery packs. Through all of this, our Blackmagic Design gear has just kept on going. After doing this job for the past ten years, I can say without a doubt that in my experience, the one company that makes gear that lasts and can take the rough and tumble of life on the road is Blackmagic Design.”
He continued, “Looking to the future and the expansion of our media team, I’m very excited by the recent Blackmagic Design product announcements regarding their live broadcast range. We will, as always, be leading the charge in this arena and will be doing so with our ever growing list of Blackmagic Design equipment, knowing that no matter what nature throws at us we will be able to cover it and come back for more the next day.”
Tristan concluded, “We’ve used a lot of great cameras in the past, but the Blackmagic Design cameras are the best suited for our live production needs. The quality of the images is amazing and it’s been really great for us to have consistent products throughout our workflow. All angles are the same levels of high quality 4K images. We don’t stream in 4K because of bandwidth restrictions, but we shoot everything in 4K so that it’s the most stunning quality possible.” 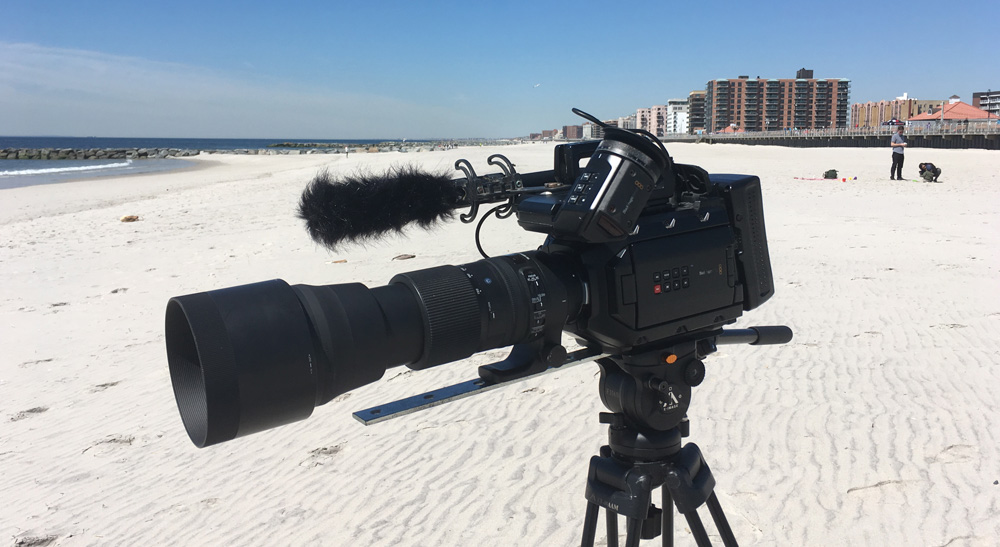