URSA Mini Pro Bluetooth Features
All URSA Mini Pro cameras feature built in bluetooth, but it hasn’t been enabled until now. The built in Bluetooth will allow customers to send and receive commands from up to 30 feet away. A demonstration iPad app and sample code will be provided to customers that want to use this feature. The iPad app allows customers to create digital slate applications that feed metadata, such as scene, shot, take information and even full script lines to multiple cameras on set while shooting.

Blackmagic Design today announced DaVinci Resolve 14, the biggest release in the history of the product, and an update that has been designed to be more than an incremental software update, but a complete revolution in post production.New features include up to 10 times performance improvement, a whole new audio post production suite with Fairlight audio built into DaVinci Resolve, and multi user collaboration tools that let multiple people edit, color and mix audio from multiple systems, all in the same project at the same time.

UltraStudio HD Mini is the world’s first portable Thunderbolt 3 capture and playback solution. With 3G-SDI, HDMI and analog connections for broadcast quality 10-bit recording up to 1080p60 and 2K DCI. UltraStudio HD Mini has been specifically designed to enable customers to perform archiving, edit monitoring and live broadcast graphics tasks, while using the latest Thunderbolt 3 based computers for maximum performance.

In perhaps the best news for Blackmagic Design, today they announced an immediate 60% price reduction for Ultimatte 11 from $24,995 to only $9,995. Acquired by Blackmagic Design in October, 2016, Ultimatte is the worldwide leader in blue and green screen removal technology for the broadcast television, commercial and feature film industries. 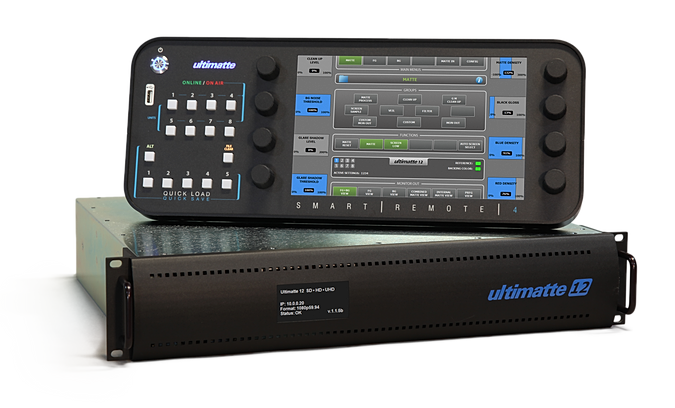