Produced by UFA Fiction for German public broadcaster ZDF and made up of three 90 minute episodes, the series continues the story of Germany’s halting social and cultural evolution, told through the loves, hard won freedoms and the suffering of three sisters, Monika, Helga and Eva, daughters of a conservative matriarch. 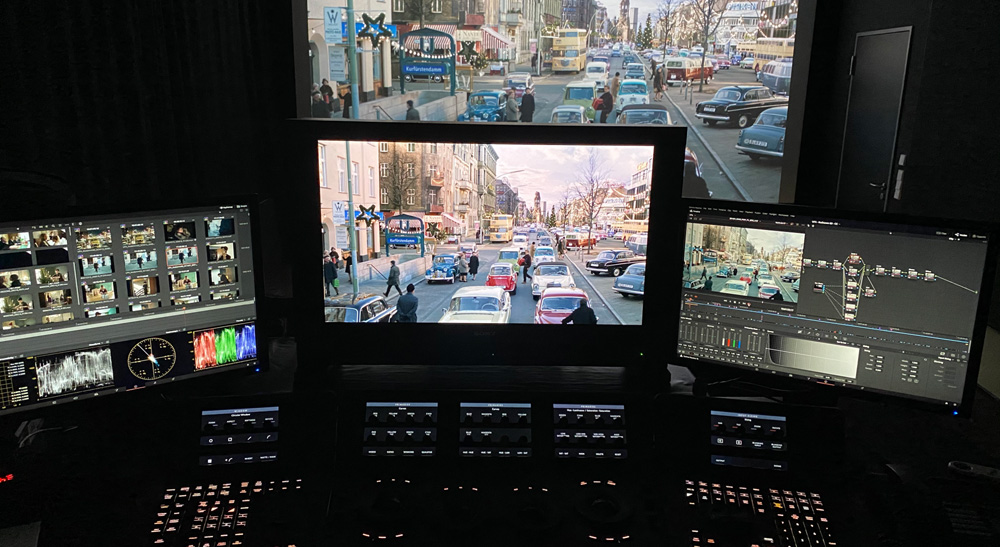 Post production was delivered by Dfacto Motion, with Ana Izquierdo responsible for grading. As with the previous series, Ana collaborated closely with DP Michael Schreitel and helped to embrace the changing times depicted by evolving the third series’ look.

“We wanted to move from the desaturated look of Ku’damm 56 to a brighter, more colorful feel, as this not only reflected the time jump, but also key themes of that era, such as the growth of Technicolor television and cinema, as well as a more optimistic outlook,” explains Ana.

Although previous series had been pregraded in YRGB, the decision was made to deliver Ku’damm 63 using an ACES pipeline to facilitate the SDR to HDR pass. This meant rebuilding the existing node trees from scratch within the color timeline. Ana developed two nodes to create a base and then a secondary grade to develop the palette of ochre tones. “We took some time softening the blues and also used an extra node with gamut limiter where we saw some unwanted stark reaction with neon hues,” Ana continues. 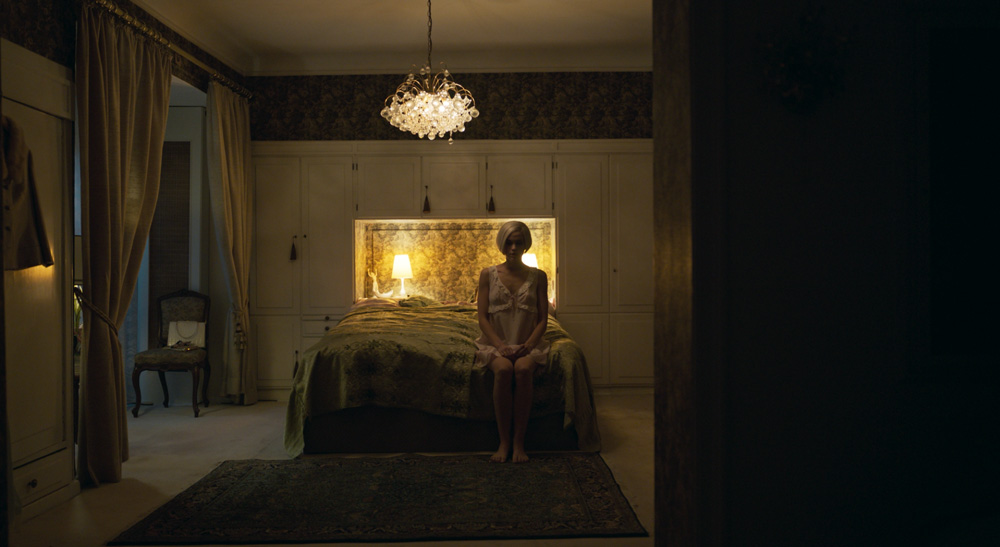 As with many period dramas, the series required a large amount of VFX work to bring 1960s Berlin to life, and Ana explains that the challenge was to work closely with the VFX department to ensure a sense of realism throughout, avoiding distraction from the narrative. “We had several exterior shots of the family’s Galent dance studio on the Ku’damm, so Resolve’s precise detailing tools were essential for extremely accurate grading, with alpha channels for every different compositing and CGI element.”

As SDR would be the main delivery format, this grade formed the basis for the HDR version, with the image department setting the project to Rec.2020 and adjusting highlights within the timeline where required. “The HDR version was a joy to grade; in particular, the volume and three dimensional feel of the nighttime interior scenes were brought to the forefront.”

“The show is made with such great technical and visual care, from principle photography through to post, and the DaVinci Resolve workflow plays a fundamental role,” concludes Ana. “Collaborating with the director and DP, we have been able to take the color grade one step further to emphasize the characters’ growth, which was important. Having a flexible, reliable post production pipeline allowed us to spend time crafting the perfect period aesthetic as the stories backdrop.” 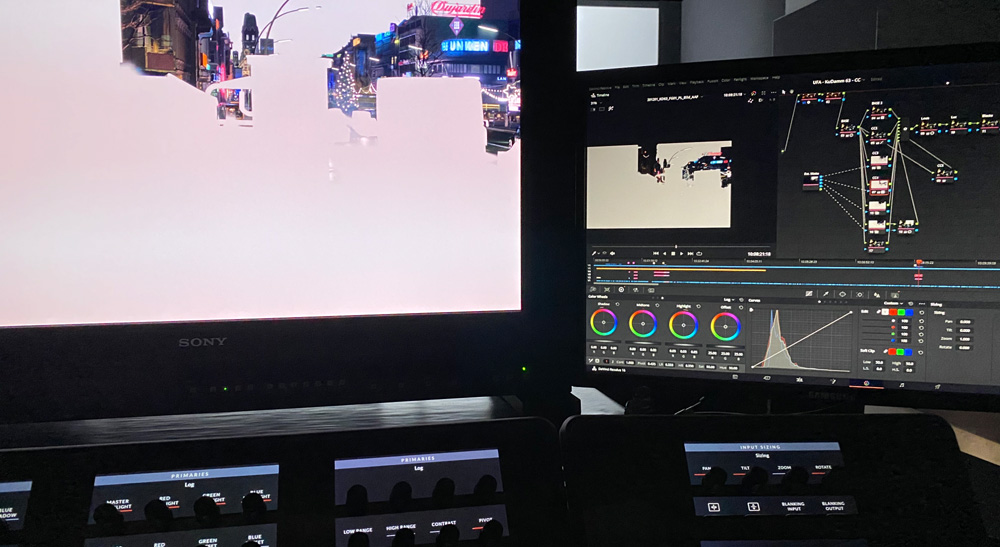