Since appearing on the much loved show in 2018, and prior to the Covid-19 pandemic, Dan was delivering baking masterclasses in person to groups of around 10, in conjunction with the company Bake with a Legend.

“Then Covid forced us to think differently,” begins Dan. “So, we took the classes online via Zoom. At the start, we were essentially shooting on a propped up iPhone, which was okay, but when you have people paying to attend a class, we felt the quality wasn’t good enough.” 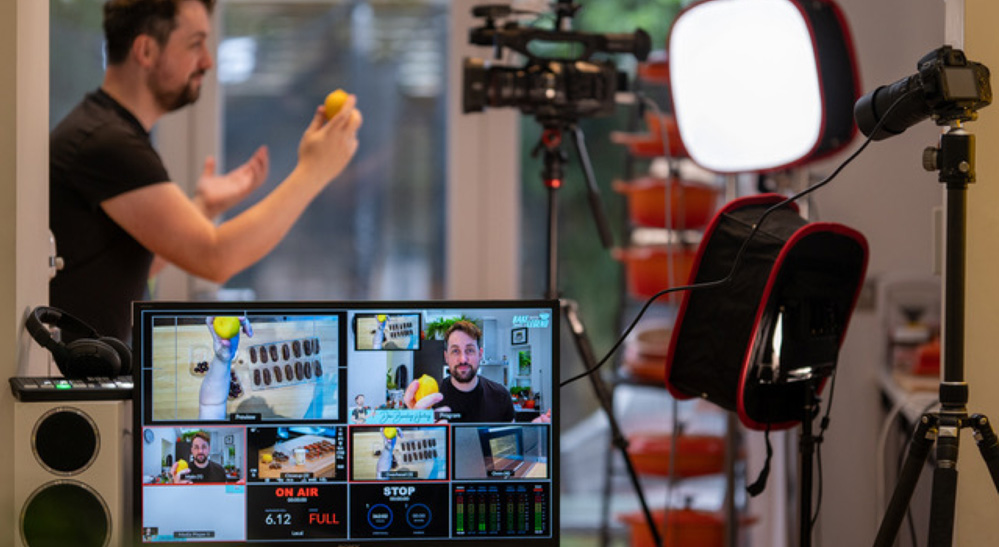 Dan’s husband Phil, who has a background in technology, trialled a couple of different solutions. He adds: “We used the cameras we already owned for photography, which worked well, but everything we tried for the streaming had issues. The software would suddenly crash, the audio would be out of sync, or you’d lose a camera angle – and you’re live! It was a nightmare.

“What we needed was a piece of hardware that could do both the streaming and the recording, and that’s when the ATEM Mini Pro ISO had just been announced. We bought one, plugged it all together and it just worked. Simple as that.”

The streams now include various different shots, and make use of the picture in picture functionality. Dan adds: “What I love most though, is that it just works every time. It’s really taken the anxiety out of live streaming for me. And it’s meant we’ve gone from something that felt very amateur to something that looks and feels professional, and that I’m really proud of.” 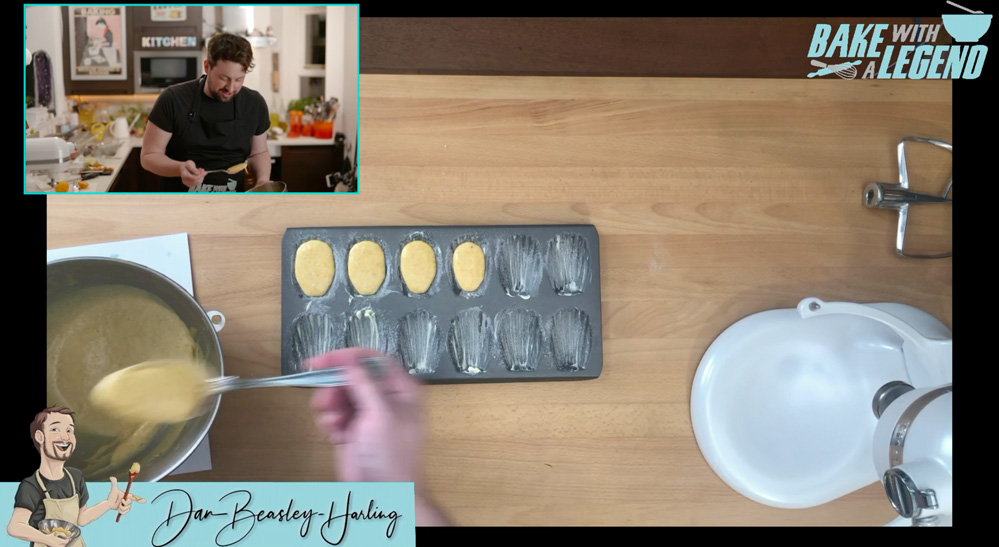 He explains that there’s been an upsurge in demand since the new workflow was put in place and has even given the pair an opportunity to expand into America, where the show is incredibly popular. “Previously it would have been too expensive for that fanbase to come over and attend an in person class, but it’s easy for them to join an online version! So the technology is giving us access to a market that we wouldn’t have had otherwise.”

Phil adds: “I like that I’m not tied to the kitchen the entire time Dan is baking, as I can control the switcher from another room via the software control. We’re also recording to a Samsung disk, and because of the FTP connectivity, I can copy the whole thing to my Mac without having to touch or reset the setup.”

The DaVinci Resolve project file that the ATEM creates is making Dan’s plans to create content for YouTube more feasible. He concludes: “In the past I’ve been putting it off, as I find video editing from scratch is quite time consuming for a complete novice like me, but the ATEM Mini Pro ISO does all the hard work!” 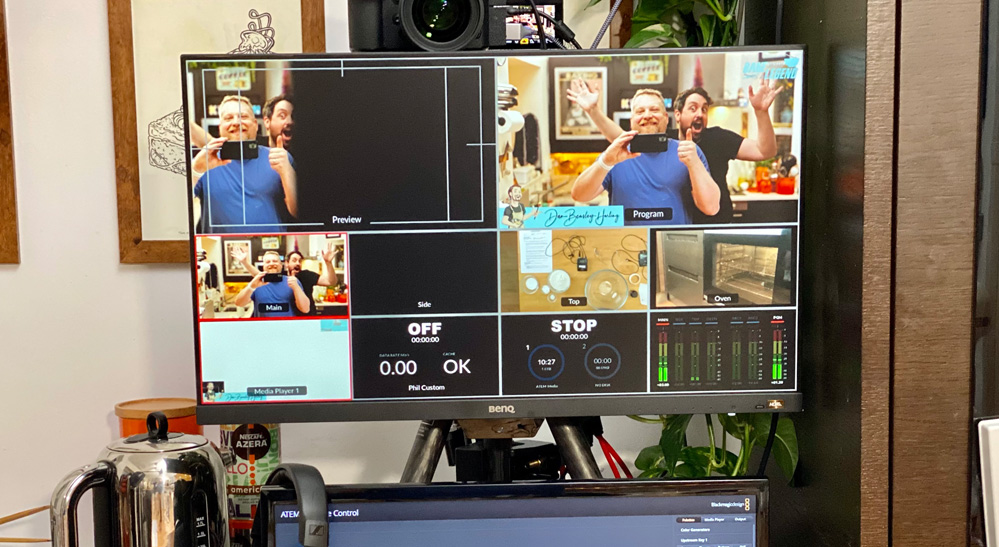