Jazza, an Australian artist, animator and content creator, is globally known for his YouTube art tutorials and art challenges. Growing from a single YouTube channel, which now has more than 5.4 million subscribers and one billion total video views, Jazza and his media company are creating new online channels and videos.

One of the first new channels is the table top gaming focused YouTube channel “Tabletop Time,” which features miniature creation and live gaming between Jazza, his brother Shad Brooks and a number of other well known gamers. Started several years ago, the channel was born again in early 2021 and has grown incredibly fast, moving past the 100K subscribers in less than a month. 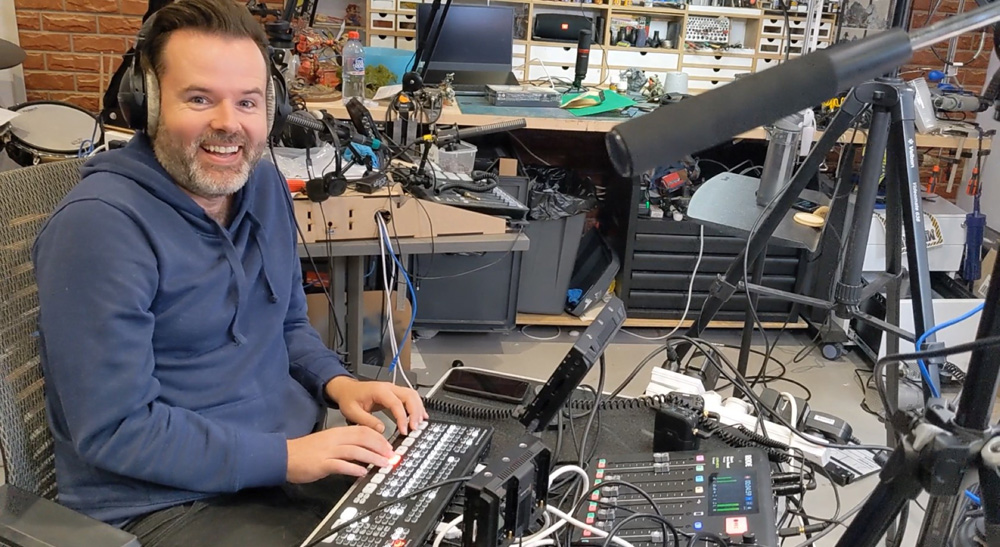 To live stream, Jazza is using a mix of eight cameras, including a mix of Pocket Cinema Camera 6Ks and Pocket Cinema Camera 4Ks. An ATEM Mini Extreme ISO switcher is being used for multi camera switching and graphics insertions, as well as recording. They are also using Blackmagic Design Video Assists for monitoring and a number of Blackmagic Design Mini Converter models.

“The ATEM Mini Extreme and some of the cameras arrived the day before we were going to start shooting. There is no way we could have done what we did without them. Without the Blackmagic gear, setting up, providing cards, syncing and managing all that footage would have been a nightmare or we would have had to be less creative,” Jazza said.

“The 100K battle itself was a huge amount of fun, but also a lot of thought was put into how to bring the energy of the game to our viewers. We had angel and demon models, and floating heavenly buildings on one side and a volcano on the other. Sadly I lost the game dramatically, and everyone got to see it all unfold with our eight Blackmagic cameras,” he continued.

For the 100k subscriber stream, Jazza created and played a Heaven vs Hell themed game based on the requests of the stream’s patrons. The stream included a camera directly in front of the gaming table, a top down camera rigged to the ceiling, two side cameras for tight shots of the players, two on the side of the gaming table and a wide shot camera on a slider. The eighth camera showed the technical director controlling the ATEM Mini Extreme to give viewers a chance to see how the stream was being created.

“I’m blown away with the ATEM Mini Extreme ISO, even having just scratched the surface using it only a few times. It has completely blown me away, and the extra cameras and monitors enabled me to really make full use of everything that was happening in the game,” he continued.

“In the past if we wanted to film with eight cameras, not only would we have to record on eight separate cards, we’d have to sort through the footage, convert to MP3 and sync manually, and then we’d have to do all that editing! We’d be capable of it, but it’d take days just to achieve what got done for us with the ATEM Mini Extreme ISO automatically within the time we actually filmed! I think it’s safe to say the ATEM Mini devices have revolutionized what we can accomplish in our studio,” Jazza finished. 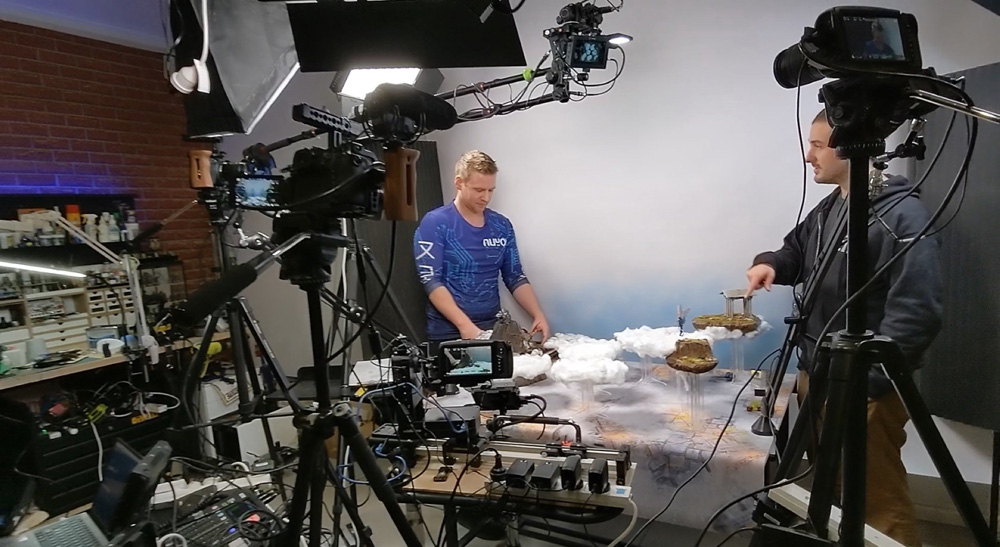