Fremont, CA – March 3, 2021 – Blackmagic Design today announced that its URSA Mini Pro 12K digital film cameras were used to shoot rock band Jimmy Eat World’s streaming concert series Phoenix Sessions. A trio of concerts featuring the band performing their “Surviving,” “Futures” and “Clarify” albums were streamed to fans around the world, with each of the three streams focusing on a different album.

Codirector and Editor Kevin Garcia chose the URSA Mini Pro 12K, with DP Gabriel Gely shooting in Blackmagic RAW, for its image quality and flexibility. “Gabriel and I have been using the URSA Mini Pro 12K for the last two months on projects for Chaka Khan, blackbear, Dance Gavin Dance and more,” said Garcia. “We usually shoot in 8K for 4K delivery, and the color and skin tone are game changers. The flexibility of Blackmagic RAW in post is a huge factor as well with the integration of Generation 5 Color Science.”

“Jimmy Eat World is a very tight live band, and with the full albums being performed through, we had to treat storage as a commodity, so 8K in select areas was the highest we could go,” he continued. “In streaming the content, we were limited to a 1080 render, so having all that crop space allowed us to push shots in and reframe as needed or create new shots in post that we didn’t even think about when actually filming. Having the extra resolution has really changed our entire post production process for the better.” 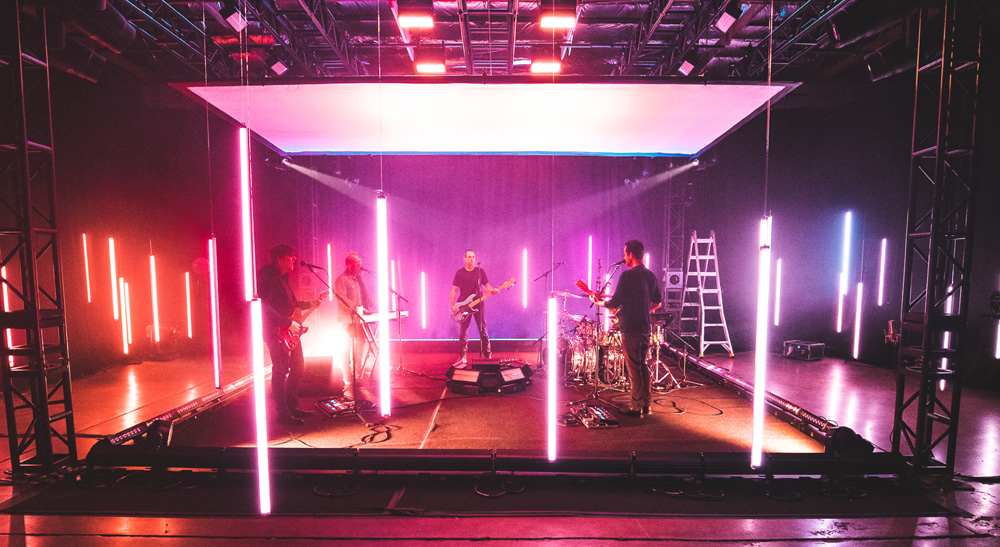 During Phoenix Sessions, URSA Mini Pro 12Ks, along with URSA Mini Pro G2s and Pocket Cinema Camera 4Ks and 6Ks, were used on a variety of jibs, dollies and gimbals to capture the band. The cameras fed into an ATEM 1 M/E Production Studio 4K live production switcher complete with ATEM 1 M/E Advanced Panel, with Garcia and Codirector Sam Shapiro watching the multiview and calling shots throughout the performances. A Video Assist 7” 12G HDR monitor/recorder recorded the program out directly to an SSD with a HyperDeck Studio Mini recording to an SD card as backup. Rounding out the workflow, a Video Assist 5” 12G HDR was used by a camera operator on a gimbal and a Blackmagic Audio Monitor 12G monitored audio.

“This workflow allowed us as directors to see all the cameras and record an Ultra HD switch cut, which gave us a starting point for the edit and reference for the audio team to mix with the visuals,” explained Garcia. “DaVinci Resolve Studio was used for color grading, and I also used it along with the DaVinci Resolve Speed Editor to quickly get the footage to a better starting place before editing began. The DaVinci Resolve Speed Editor is going to be a very useful tool moving forward on these large multi cam edits at high resolutions.”

With the concert series streamed on www.jimmyeatworldlive.com in partnership with Danny Wimmer Presents, Garcia noted that he’s been working alongside the company to achieve something different and special for the fans. 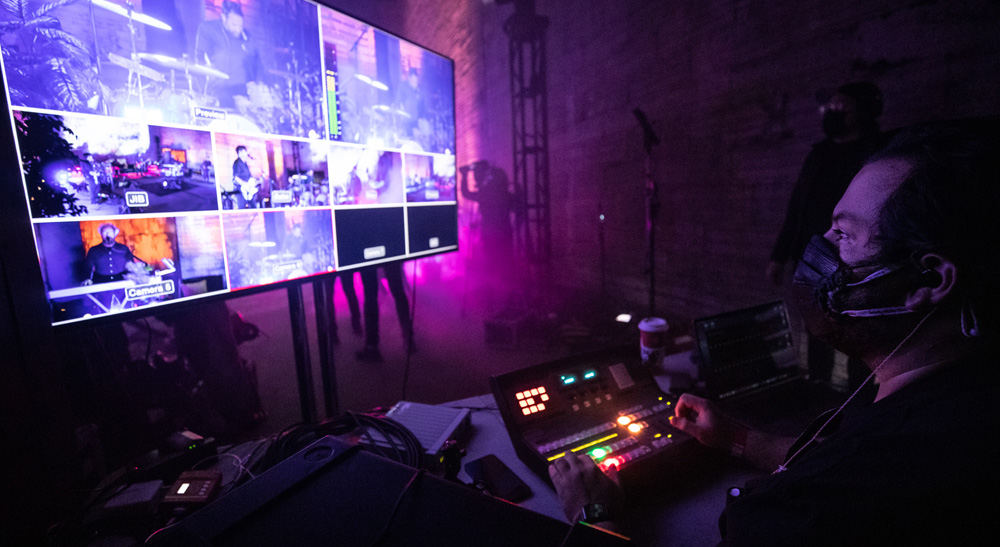 “We really want to get as close as possible to a live concert experience while you’re home, and at the same time, create content that generally can’t be done in a traditional concert style,” Garcia said. “Phoenix Sessions had three very different and unique looks that wouldn’t work on a conventional concert stage, and if they did, you’d be so far away that you would miss the incredible time and detail that was put into the creative design.”

“Jimmy Eat World is a seminal band that has influenced all of us, on this team and beyond,” concluded Creative Director of Phoenix Sessions Keith Koenig. “Danny Wimmer Presents used Blackmagic Design gear to go above and beyond to capture this band’s show in a manner that they deserved. When you encounter a project like this, it’s not just about getting it done, it’s about doing it justice for the fans, for the band and for ourselves. Now, in the absence of a true live show, it’s more important than ever. We are proud to present this band on a whole new level.” 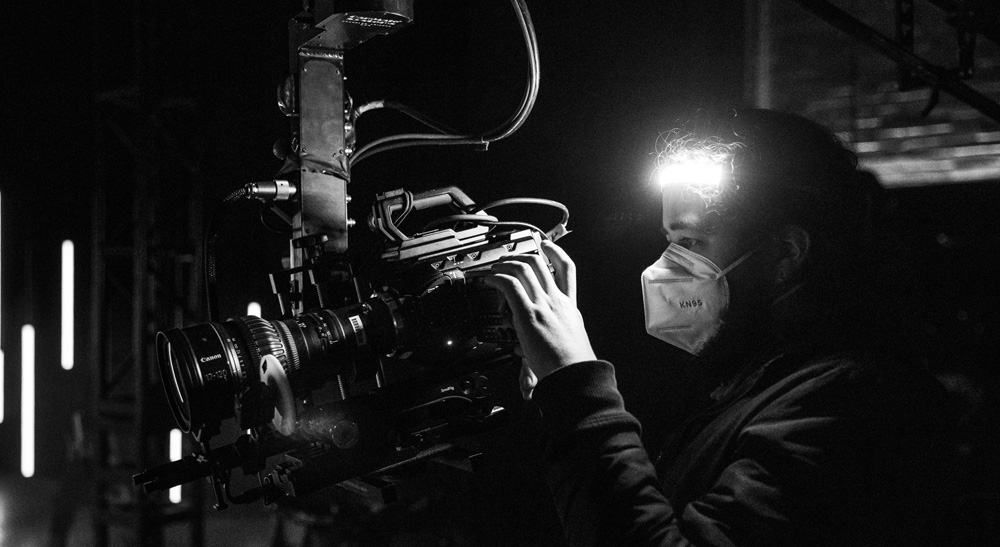