Time to get back to learning. Join LACPUG Wednesday, September 27 from 6:00pm to 10:00pm for ‘Back to Film School Night’, where USC Professor and Norman Hollyn who will take attendees on a tour of the soon to be released movie, SHOT from Director/Profesor Jeremy Kagan. Norman was editor and worked with Kagan on a story and style choice. The script called for most of the movie to be done with split screen.
LACPUG’s “Back To Film School Night” costs just $5 at their usual meeting place:

For more on the event see below, and to register visit www.Eventbrite.com

From LACPUG:
Also we welcome for the first time editor/teacher Sven Pape, AKA “This Guy Edits.” Sven has close to 81,000 subscribers to his wildly popular YouTube channel. Sven will talk on the creative and business side of editing.
Also, filmmaker Michael Wohl returns for a discussion of the process for creating 360° video, from prep, to shooting, to post, with an emphasis on the common traps and mistakes that people familiar with traditional production often stumble on.

Agenda (subject to change and availability)
6:45- 7:15PM – Stump the Gurus
Join Gurus Patrick Southern, Michael Kammes, Adam Bedfordand Jason Bowdach as they will attempt to answer all of your questions and solve all of your problems concerning FCS and FCPX, Avid, Premiere Pro and anything else you can think of. If they can’t solve your problem or answer your question, then you go home with a problem, but you still got out of the house, so that’s not a bad thing. 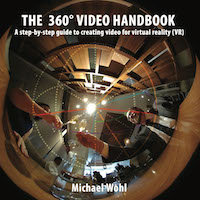 7:20PM – 7:25PM – Announcements
This is your time, assuming we have time. New to LA? Say Hello. Got a movie you want people to see? Tell us about it. Looking for a job? Tell us. Offering a job? Tell us.
7:25PM – 7:50PM – 360° Video Workflow Overview – Michael Wohl.
A discussion of the process for creating 360° video, from prep, to shooting, to post, with an emphasis on the common traps and mistakes that people familiar with traditional production often stumble on. 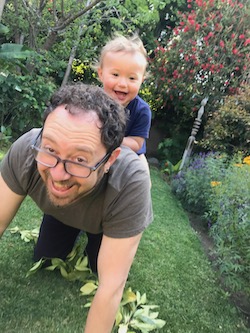 About Michael Wohl
Michael is the author of The 360 Video Handbook; a step-by-step guidebook for creating video for VR, as well as 13 other books on various post production techniques. He is an award-winning filmmaker, has published over 100 hours of online training for AskVideo.com, and was a professor for 7 years at UCLA’s graduate school of film and TV. He is most well known for being on the original design team of Final Cut Pro.
7:55PM – 8:30PM – The Creative and Business side of Editing – Sven Pape AKA This Guy Edits
Sven will talk about the importance of editing as part of effective storytelling and career building. Film editing is a marketable trade that anyone can use to make a living and become a better filmmaker. This talk is not just geared towards editors, but anyone interested in becoming more hands-on with their storytelling. 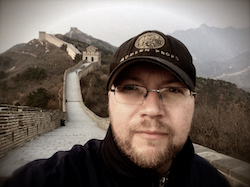 About This Guy Edits
THIS GUY EDITS is a YouTube channel (80K+ subscribers) by film editor Sven Pape, an A.C.E. award nominee, whose credits include work for directors James Cameron, Joseph Gordon-Levitt and James Franco.
The channel started during the editing of Sven’s latest film for Sundance alumnus Mark Webber: Flesh & Blood (SxSW premiere and theatrical release in November). Viewers could watch Sven cut scenes as he shows the editing timeline and records a play-by-play-commentary of the editing process.
Since then the channel also features video essays on all things related to creative storytelling, character development and emotional audience engagement.
8:30- 8:55PM – Break
This is the most important part of the show. It’s networking time. This is a great opportunity to not only ask questions and get problems solved, but to meet people that just might change your life. Edit5 Consoles will be in lobby showing off Editing tables and chairs. Get to the Gallery early for this one. Snack bar wil be open for sodas, water, wine, chips and beer. I hope. 8:55PM – 9:40PM – Editing “SHOT” – Norman Hollyn
For his latest film project – SHOT, in which Mark (Noah Wyle) is accidentally shot by Miguel (Jorge Lendeborg, Jr.) – Norman worked with director Jeremy Kagan on a story and style choice. The script called for most of the movie to be done with split screen, following each of the characters in real time as they go through their own suffering. As they explored the split screen idea during the editing process they learned a lot about how split screen affects storytelling, budget and editing time.
About Norman Hollyn
Norman Hollyn has been described as a “media expert”and a “thought leader” around issues of all forms of media, a reference to his experience in both the old and new media worlds. He is a long-time film, television and music editor (the cult classic Heathers, Francis Coppola’s The Cotton Club, and Oliver Stone’s Wild Palms) who is a Full Professor and the Inaugural Holder of the Michael Kahn Endowed Chair in Editing at the University of Southern California’s School of Cinematic Arts. He has worked extensively in entertainment and media Internet development for large entertainment companies and schools. He is a member of AMPAS (the Motion Picture Academy), the American Cinema Editors, the Motion Picture Editors Guild, and is Past President of the largest association of production based cinema university professors, the UFVA. He is presently the President of the University Film and Video Foundation. 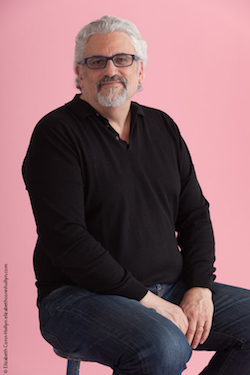 He is a frequently published author, having published over 100 articles in magazines and peer-reviewed journals, and has written the standard editing room textbook, “The Film Editing Room Handbook” (now in its fourth edition). His second book – “The Lean Forward Moment,” a book about shaping stories across all filmmaking crafts (Peachpit Press/Pearson) has been adopted in schools and companies across the world. In the New Media realm, he is the co-writer, co-host and co-producer of 2 REEL GUYS with Larry Jordan, a series of video podcasts about telling stories. He has created the first aesthetics-based course for Lynda.com, a premier online learning resource, and is a frequent speaker at conferences and conventions worldwide. He has delivered a talk on “Editing and Acting” at the annual CILECT conference in Munich, Germany, and has spoken and taught worldwide in countries such as Finland, Estonia, Brazil, Mexico, China, Israel, Jordan and Japan. He has been invited to deliver a talk on the Future of Transmedia at the upcoming 2017 CILECT Conference in Zurich, Switzerland.
In addition to those countries he has developed and taught workshops for governments and companies such as the Royal Film Commission in Jordan, the Sundance Institute, Dreamworks Pictures, Globo TV (in Brazil), ShanghaiTech University (China) , Multimedia University in Malaysia, and the Philadelphia Inquirer, and has worked as an expert witness in legal cases involving the aesthetics and history of editing. He is recently finished editing a feature film, SHOT, starring Noah Wyle. His last edited documentary, Rivers, a worldwide cooperative venture about people’s relationship to the rivers in their countries, was shown for the first time at an international conference in Beijing, China.
His specialty in curriculum development around 21st Century media programs has led him to design curricula for a completely new program in Emerging Arts Center at the University of Nebraska at Lincoln, and for New Media programs at schools in Malaysia, Mexico and the Bernalillo School District in New Mexico.
He is on the Advisory Boards for several New Media companies and online education companies.
9:45PM – 9:55PM – Show and Tell
If we have time.
10:00PM – World Famous Raffle