The Los Angeles Creative Pro User Group (LACPUG) will have a moonlit March meeting, bringing the editors of the Oscar winner for Best Picture to talk about their work on the historic film.

Cost: FREE
When: Wednesday, March 22, 2017 – 6pm to 10pm
Where: Gallery Theatre, 4800 Hollywood Boulevard Hollywood, CA 90027
There is limited space, and it is free, so be sure to sign up fast at www.eventbrite.com
For more on LACPUG, visit www.LAFCPUG.org
From LACPUG:
We will welcome Nat Sanders and Joi McMillion, editors of the critically acclaimed film Moonlight, the 2017 recipient of the Academy Award for Best Picture. Yes, there will be plenty of time for questions.
Plus, Kenn Michael returns after a long absence from lacpug, to present, uh er – something SuperSecret. Presentation description coming soon.
Plus Stump the Gurus and World Famous Raffle. This meet will sell out so get your seats soon. 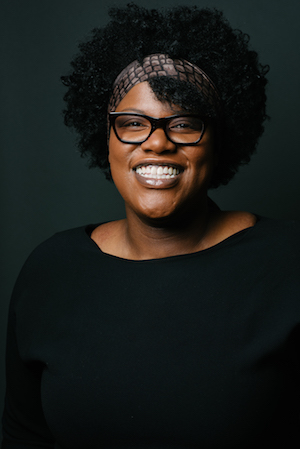 About Joi McMillion
Joi McMillon is a film editor best known for her collaboration with Barry Jenkins on his critically acclaimed film Moonlight, a recent recipient of the Academy Award for Best Picture. McMillon’s work on Moonlight earned her a win for the Independent Spirit Award and an Oscar nomination for Best Achievement in Film Editing. Her latest work includes Janicza Bravo’s debut feature film and Sundance premier, Lemon.

About Nat Sanders
Nat Sanders is a film editor recently nominated for an Academy Award for his work on the Best Picture winner Moonlight. The film also won the Independent Spirit Award for Best Editing, which, along with 2014’s Short Term 12, was Nat’s second time winning the award. Other projects Nat has edited include the films Your Sister’s Sister, Humpday and Medicine for Melancholy and the HBO shows Togetherness and Girls. In 2009, Filmmaker Magazine named Nat one of the 25 New Faces of Independent Film. He just completed editing Destin Daniel Cretton’s upcoming The Glass Castle.