Beijing – December 14, 2021 – Blackmagic Design today announced that Media Storm, one of the most popular content creators on Chinese video sharing platform bilibili.com, produced high quality fake window videos including under the sea, waterfall, bamboo forest, trains and Mars scenes for project maker XGIMI. All the fake window videos were shot with their Blackmagic URSA Mini Pro 12K camera in 12K and were edited and graded on DaVinci Resolve Studio.

“When XGIMI approached us about creating something interesting related to projectors, we felt we could do the fake window challenge, which originated from Tik Tok early this year, to bring the beauty of nature through these ‘windows’ to those who wanted but rarely had chances to go into nature,” explained Tim Pan, founder of Media Storm.

Many fake window videos are up to 1080p HD, and will get blurry if enlarged and the accompanying white noise is not immersive enough. “That’s not acceptable to us, who are always pursuing the best possible image and sound quality,” said Tim. “We wanted to make something that would provide viewers a much better immersive experience and we didn’t want to regret not using the best possible image quality to record it.”

“So, factors like resolution, dynamic range, color science and the ability to record RAW, which all affect image quality, were what we cared the most about. The up to 12K resolution made the URSA Mini Pro 12K the best choice without question to capture massive details from nature,” he continued.

Light intensities vary greatly across nature and natural light keeps changing, which set strict requirements for the camera’s ability to preserve highlights and shadows. The URSA Mini Pro 12K’s 14 stop dynamic range gave Media Storm the confidence to handle it and its internal ND filters would be another great tool to control the brightness of the image, according to Tim.

To look natural, a realistic fake window video cannot be assembled by editing separate short clips into a longer one. “Every single take has to last some tens of minutes. Considering we would need RAW for best possible quality, the URSA Mini Pro 12K’s ability to record Blackmagic RAW to an external USB-C drive and its compressed Blackmagic RAW options were necessary and these were another two reasons we chose it for this project.”

“Its ability to resist moisture and dust was surprisingly awesome. To capture the grandness of the waterfall, we set the camera very close to it, where it was like raining on us and we got drenched just in one minute or two. We spent almost two hours there without taking any protective measures for the camera, but it worked without a glitch,” Tim recalled. “Also, at Eboliang, where strong winds lifted sand and dust into the air, the camera worked properly through the shoot. We are not recommending you use your camera this way, but we gotta say the URSA Mini Pro 12K was really reliable, saving us a lot of trouble and time.” 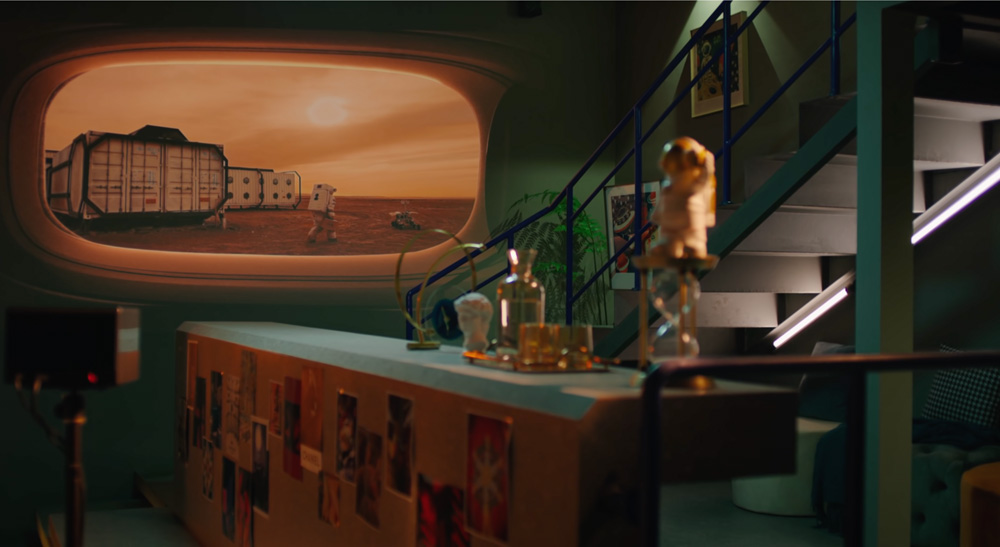 He continued: “The URSA Mini Pro 12K also showed its great heat dissipating ability in Xishuangbanna, where it was more than 30 degrees Celsius, although the camera body was burning hot, the recording kept running until the external drive quit on us due to overheating. We had to cool the drive down with ice before its write speed went back to normal. The 14 stops of dynamic range helped us completely capture the details in highlights of the golden hour. It would have been very difficult for other cameras to preserve both the whites in the sky lit up by the bright sun and blacks on the ground.”

All footage was captured at 12K, 50fps, in Blackmagic RAW 12:1. “The resolution of 12K gives us sharper details, which is helpful to make these nature scenes look more realistic and more immersive. The 50fps keeps the motion smooth and details crisp. Also, this frame rate was really handy when we created the gravity loss effect for the Mars scene,” said Tim.

“We chose the compression ratio of 12:1 to strike a balance between less storage consumption and better image quality,” he said.

Media Storm is known for their Davinci Resolve workflows for editing and color grading. “This project was also completed on Resolve. For most of it, we used a proxy workflow but sometimes we also directly edit 12K Blackmagic RAW clips and the editing, playback and grading work on our workstations went well. Actually, when at locations, our cinematographer had no trouble reviewing edits and roughly grading the original 12K Blackmagic RAW footage on his laptop computer,” Tim concluded. 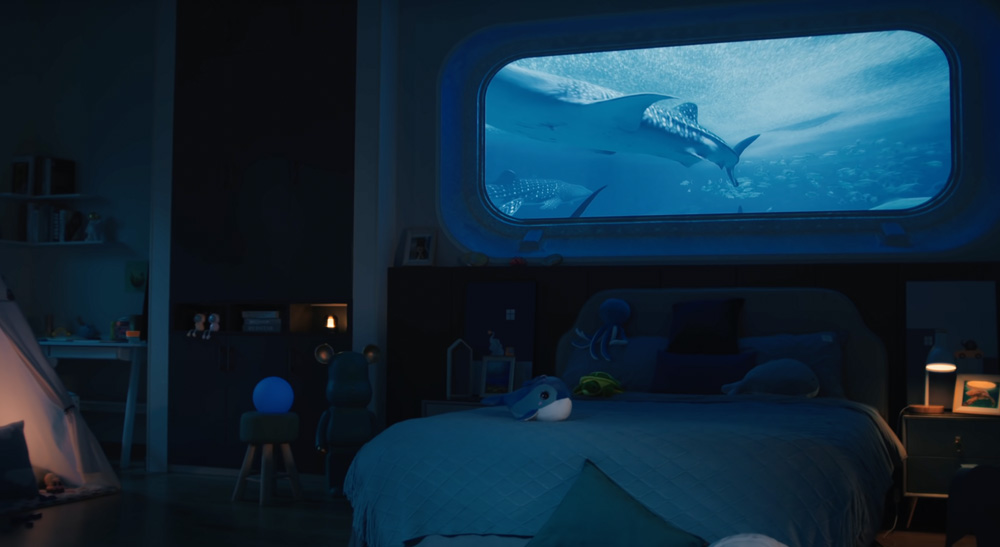