Created by “Amazing Race” producers Elise Doganieri and Bertram van Munster, the new competition show follows four teams starting in different corners of the Earth, racing along designated routes through a variety of challenging terrains. On the last leg, the four teams meet in Hawaii and race to a buoy in the middle of the ocean. The winning team splits a million dollar prize.

Cinematographer Joshua Gitersonke was no newcomer to challenging races around the world. Having worked on “The Amazing Race” for sixteen seasons, and ultimately becoming the Director of Photography for the show, he knew he could bring a lot of history and experience to the type of shooting adventure photography needed. “I had the opportunity in those years to learn a lot from Bertram,” said Gitersonke. “He’s an accomplished cinematographer on his own, as well as producer and director, so I was honored he and Elise Doganeiri chose me to lead up the photography on ‘Race to the Center of the Earth.’”

With each team starting off in different parts of the world, the race would not only be a challenge for the contestants, but also the crew. In planning the show, Van Munster and Gitersonke were looking for a package that provided a high quality image in a small package. “Bertram and I had seen some footage from the URSA Mini Pro G2 and I decided to do some of our own tests,” said Gitersonke. “The ability to shoot in a RAW format at a reasonable data rate, in a camera body that was small enough to hike with, was a big factor.” 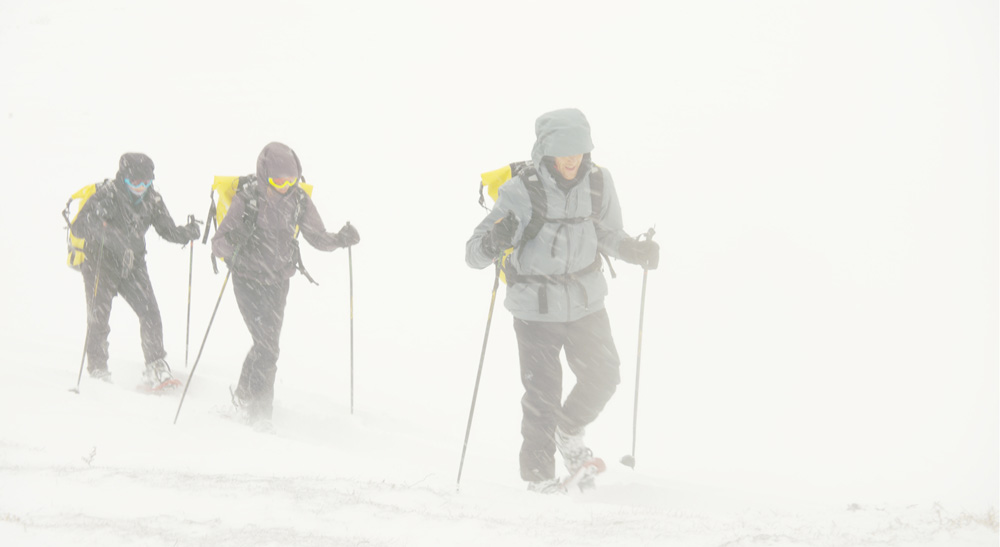 Camera teams would need to follow each set of racers through varied, rugged terrain, including Russia, North America, South America and Southeast Asia, in rain, wind, snow, water and more. Gitersonke developed a comprehensive plan for each team to establish where and when cameras would be used, and how they would be rigged for each condition, including special camera rigging for each URSA Mini Pro 4.6K G2, which housed a readily available rain cover.

“Keeping the look consistent on the show was done partly by having an extensive plan, but in truth the cinematography team, who are all Director of Photographers, are some of the best in the world. All of us had worked on ‘The Amazing Race’ and other adventure based shows and have had a ton of experience in extreme situations running and hiking with a camera. The style for the show was for this to be the most visceral cinematic adventure race possible. We wanted the audience to feel the worlds the contestants were in. That meant getting beautiful vistas all the way down to the tiniest of detail.”

With a multitude of conditions, each team had to be prepared for anything, and be adaptable quickly to changing environments, actions and conditions. The compact design of the URSA Mini Pro 4.6K G2 provided flexibility while also giving quality images. Gitersonke chose to shoot Blackmagic RAW, Constant Bitrate 3:1, which provided the right balance of robust image and manageable storage needs, a major concern when moving constantly through rugged terrain.

The URSA Mini Pro 4.6K G2 was tasked as much as the cast and crew, but ultimately stood up to the challenge. “The URSA Mini Pro was a work horse. None of the sixteen cameras stopped working even though in the harshest conditions you could throw at a camera, from winter storms, below freezing conditions or ultra humid hot weather.” 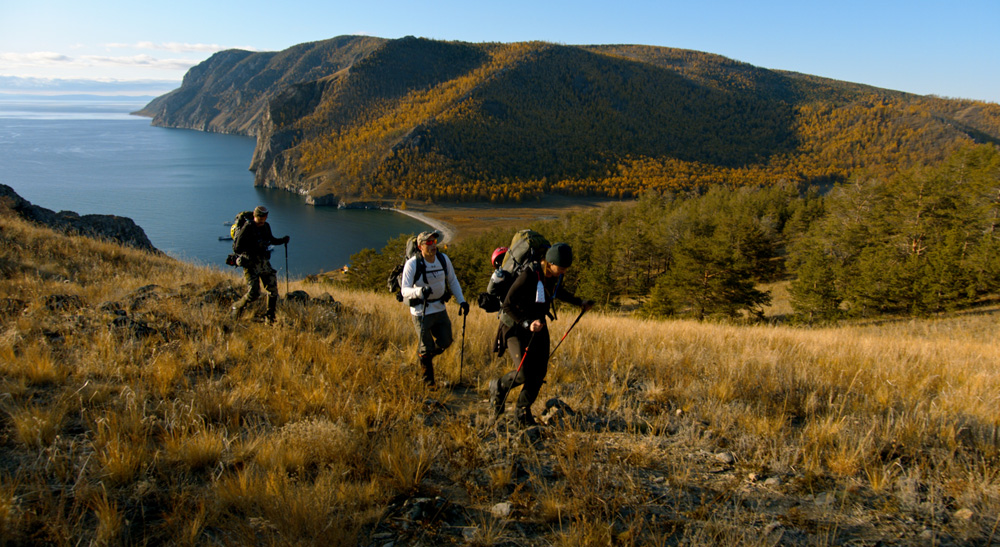 But what stood out the most to Gitersonke was the color fidelity of the Blackmagic RAW format. “The organic image of Blackmagic RAW, with its great dynamic range and color fidelity, really made getting a beautiful result very easy. And the flexibility Blackmagic RAW gives you in post was something that allowed us to dial in the look of the show without worrying that we couldn’t push it.”

Sometimes even the smallest features made a world of difference to the team. “The ability to push one button to get into 4K 120 FPS was a feature we used constantly,” added Gitersonke. “This worked without hiccups and is easily one of my favorite features. Obviously for us shooting in an adventure atmosphere with very little production support the internal ND’s really made getting the exposure we wanted simple, and the Blackmagic Viewfinder has great sharpness and color, which always makes understanding what you’re actually getting much easier.”

An adventure series comes with its own challenges, but at the same time has its magical moments as well, and the URSA Mini Pro 4.6K G2 helped the team capture them quickly. “One unique experience I had was when the contestants in Siberia were guiding reindeer through a forest,” said Gitersonke. “I was able to hitch a ride on an old armored personnel carrier, which was essentially a tank. The forest was marshy in some places and very difficult to cross, and it was getting to be sunset with a few miles still until we reached the campsite. We turned a corner down a path and as I looked back there was a beautiful forest sunset image behind me.”

“I quickly jumped off the tank with my URSA Mini Pro and ran back about a hundred feet to a spot where I hoped the contestants with the reindeer would turn. They could have chosen another path as they were navigating themselves, but they happily turned towards me, and I was able to get a beautiful shot of them running down a path with the forest and sunset behind them in 120 FPS slow motion. It’s one of my favorite moments from shooting the show.”