At the beginning of the year, the car company presented its new corporate identity to the public. With a new logo, a new color scheme and a new slogan, the entire brand image has undergone an overhaul.

The campaign was shot over ten days, with a further seven days for post production. “We had an initial meeting online with KIA, who quickly gave us the green light with only minor changes to our creative concept,” reveals Michael Frey, owner and founder of freystil. 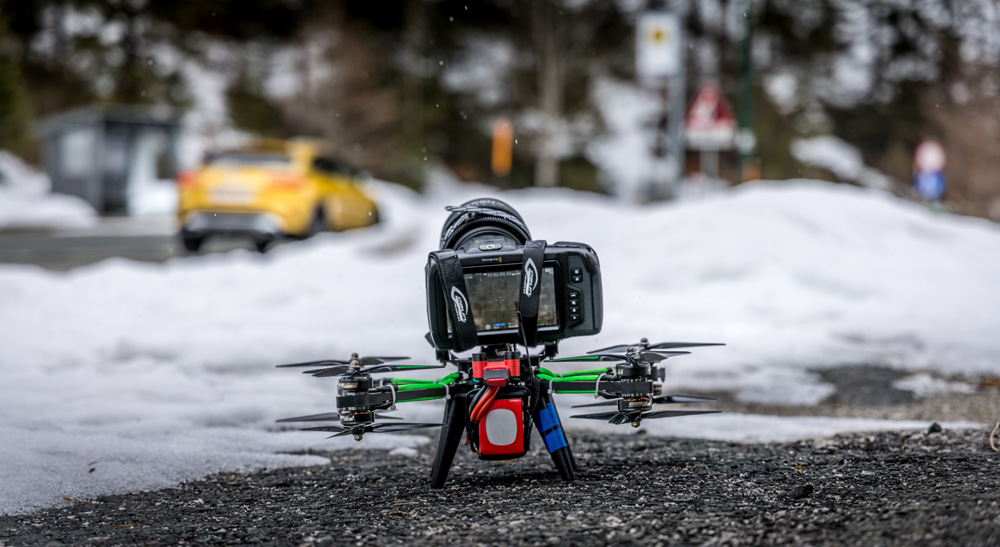 The production agency opted for the URSA Mini Pro 12K as its principal camera package and combined it with the Xeen XC Carbon 8K full frame lenses. “We expected it to take us to the next level when it came to production quality, and it did precisely that. Not only that, we knew the camera was the best tool for the job given the requirements of the shoot and the tight schedule,” Frey adds.

The campaign was mastered in 4K, and a further nine different full HD formats were delivered to match the national Austrian broadcast stations’ requirements. “We shot the bulk of this production in 8K, the rest in the highest resolution possible, and we loved it. The higher resolution was ideal for reframing and cropping in post.”

Aside from Covid 19 restrictions, mother nature was the biggest challenge faced by Frey and his team, who had to cope with the harsh Austrian winter.

“As for the weather, the only constant was change. However, our URSA Mini Pro 12K never let us down. We shot with it for a minimum of two hours in a row at minus 12 degrees centigrade, on top of a mountain, one hour in the rain at night, a whole day outside in the snow with minus four degrees centigrade, and it worked just fine. “

Perfect skin tones, as well as easy reframing and cropping, are other advantages of the URSA Mini Pro 12K that came to the fore: “We love the skin tones, which are smoother and truer to life, as well as the ability to shoot 110fps in 8K. There is one shot where the eyes widen, which we filmed in slow motion 8K. It turned out just perfect.”

“We have come to appreciate the camera a lot both from a technical and creative standpoint,” concludes Frey. “Our productions are already benefiting from the oversampled 4K images we get when combining the camera’s resolution with our 8K lenses.”

The KIA XCeed commercial campaign is currently running across Austria. 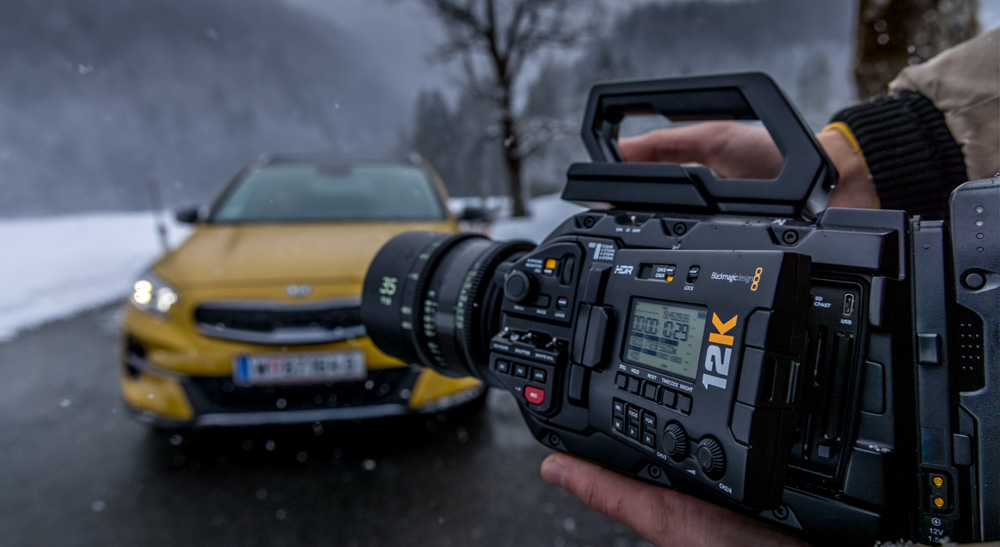