“Writing With Fire” is a documentary directed by Sushmit Ghosh and Rintu Thomas that tells the story of Khabar Lahariya, India’s only newspaper run by Dalit women. The film shows how, in a cluttered news landscape dominated by men, Khabar Lahariya’s chief reporter and her two fellow journalists broke traditions and redefined what it means to be powerful.

Mumbai based Bridge PostWorks provided post production for the film. Industry veteran Sidharth Meer, whose credits include dozens of films and TV shows such as “Badhaai Do,” “Cobalt Blue” and “Eeb Allay Ooo!,” graded and provided online editing and conforming. 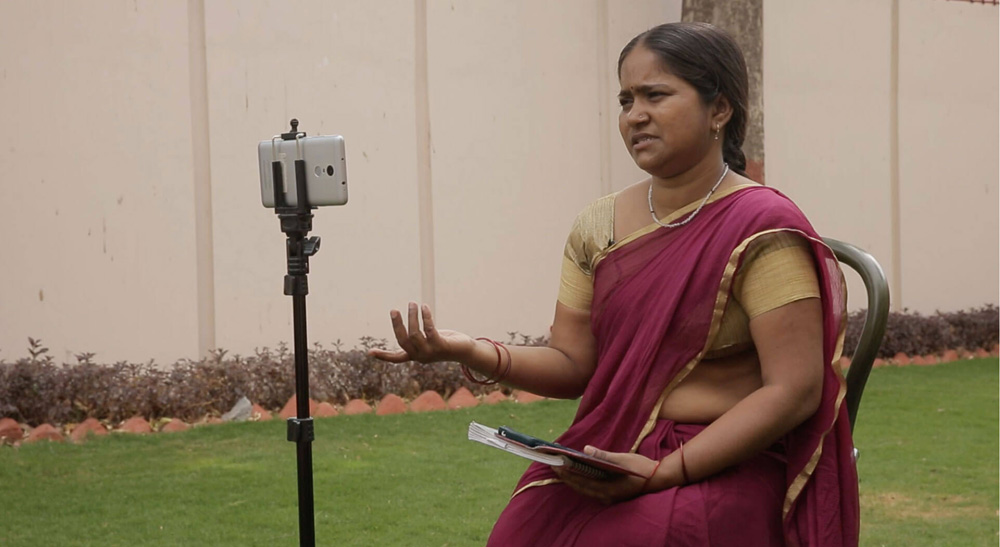 “‘Writing With Fire’ is a very compelling, inspiring, and powerful story about journalism and our democracy. The primary goal we set for ourselves when we started the project was to make sure the audience would feel a sense of time and place. We didn’t want it to have a ‘look’ in the traditional sense or for the images to be so strong or overbearing that they would draw the audience out of the story,” Meer explained.

The film was primarily shot over four years in Uttar Pradesh, an Indian region that has extreme climates and incredibly colorful paints for the interior and exterior of homes. Shots for the film were a mix of talking head interviews and footage of the three reporters in action. DaVinci Resolve Studio was able to adjust each shot to maintain a look that focused on the subjects and not the intense color and lighting of the backgrounds.

“Cinematographers Sushmit Ghosh and Karan Thapliyal captured footage brilliantly. However, because of the extremes in color of the paint and backgrounds, light had a tendency to bounce off walls and affect skin tones. With DaVinci Resolve, we used its primary tools to get a good balance of skin tones while retaining the colors of the surroundings. Once we balanced the image, we just needed a tiny bit of color boost,” he continued. “We ended up using pretty much Resolve’s entire primary toolset to help match all the different material and make it look consistent, no matter how and when it was shot.” 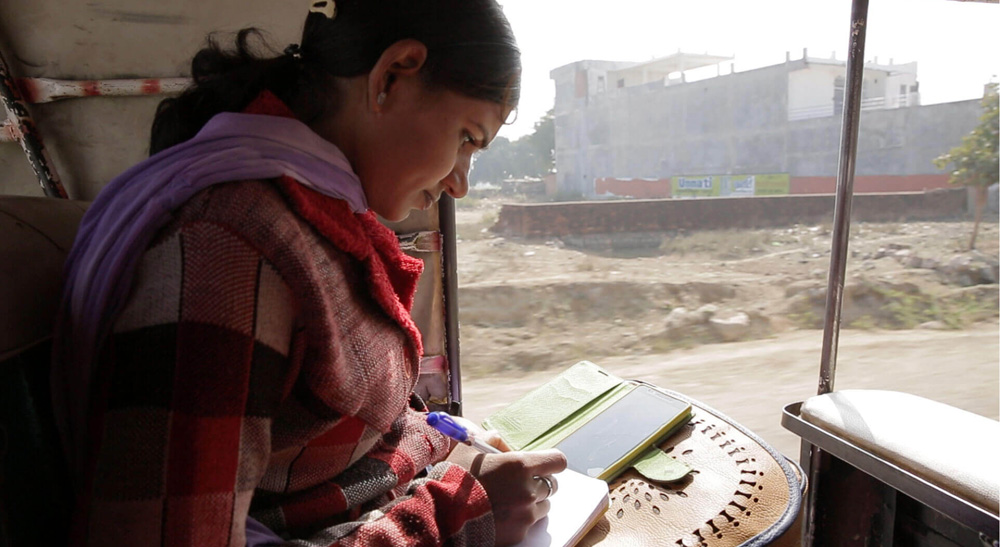 Beyond color correction, Meer relied heavily on DaVinci Resolve Studio’s editing and delivery tools. The film had a large amount of conform work, which included instances of super imposed titles and graphics, separate looks for material that had originated on smartphones, and clips that had to look like webpages from YouTube with video playing within them, which had their own subtitles.

Meer explained, “It was the edit and deliver pages where Resolve really shone for us. The initial material we received had to be conformed to exactly match the offline and be organized in a way that would be easy for us to locate things later. All of this was made possible by Resolve’s easy conform tools, as well as being able to have multiple video and audio layers for all the various elements and having the ability to grade them individually if required.”

“Writing With Fire” was shown in theaters and at dozens of online film festivals, on top of having to be delivered to the Academy of Motion Picture Arts and Sciences for consideration for an Oscar.

“Resolve allowed us to deliver the various versions of the film, easily turning layers of text, graphics and audio on and off without creating multiple timelines and keeping track of grades on all of them. Every single deliverable from the main DCP in 5.1 surround sound down to compressed versions for the web were rendered through DaVinci Resolve,” he said. 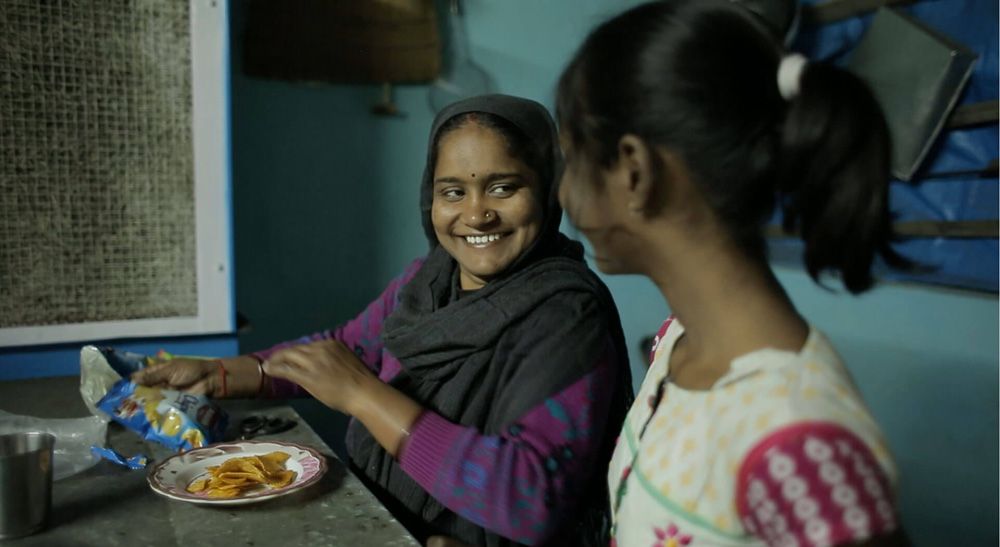