A great tripod head is a lifesaver. It offers more that just a steady, controllable point to capture video with. It can help save you the cost and heartache of replacing a camera and/or lens that would have otherwise been fine, had it not encountered a head with a stability deviancy. Having a sturdy tripod is just as important. If either of these two elements are bad, then it means shaky image capture at best, and outright destruction at worst. But what’s the hardset part of this whole process? Finding the heads that are reliable and sturdy (and reasonably priced).
That’s where The Phoblographer comes in. We stumbled upon his review of Manfrotto’s MH055M8-Q5 Photo-Movie Tripod Head with 755CX3 MagFiber Video Tripod Kit. This in depth review take the guess work out of buy not just this tripod, but any tripod, as he also goes into what qualities he’s looking for in a tripod for video. Here’s a bit from the review:
The Manfrotto Q5 tripod head was designed for photographers and videographers alike, i.e. the HDSLR crowd. Though I’m not typically a tripod user, I admit that tripods like the 755CX3 have their uses: such as for recording videos for the site. After receiving two Q5 units, the staff and I put the head and 755CX3 package to the test primarily in video shoots.
And the findings were a bit surprising. 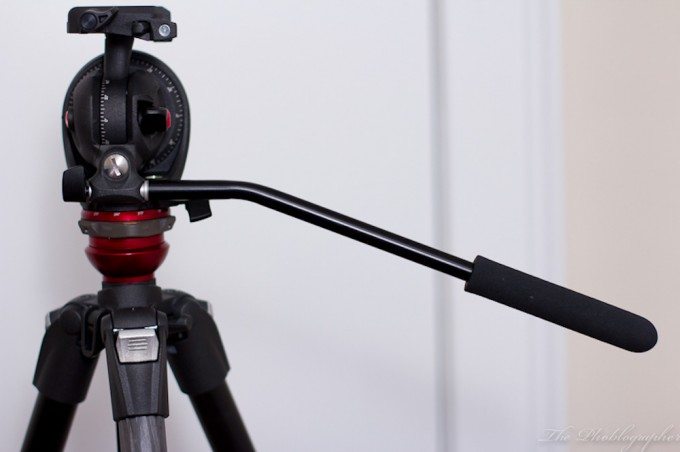 The Q5 head comes with an arm designed for panning the attached camera up, down and all around if needed. In fact, it is the most critical parts of the head when used in practice. To secure the panning arm, you’ll have to turn the knob that then expands the pins to secure the arm. If it gets stuck, you can pull the knob outwards and readjust it if needed. The head comes with a tripod plate; and you’ll need a coin to screw it into the bottom of your camera. This goes against the design set by the Black Rapid tripod plate that many photographers are preferring over this traditional design. For those of you not familiar, Black Rapid’s design allows you to screw it in yourself via a stainless steel triangle that flips out. The mounting area for the plate has levels all over it in almost every direction to make it easier for the creative to make more careful decisions. 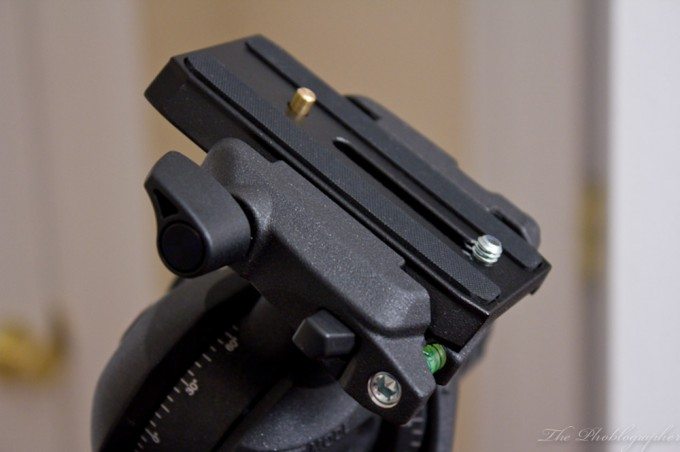 To secure the tripod plates in, you’ll need to screw in the knob at the side as seen in the photo above. It’s still a quick release plate though which is activated by pressing the safety (above the green level) after unscrewing the knob. The head has markings all over it that indicate the degrees that you’ve been turning. That helps with making more accurate decisions when needed. In movie mode, the head will pan and tilt. However, in photo mode, the user unlocks a lateral motion that best serves portrait photographers.
You can find the rest of this great review at www.thephoblographer.com