Brett Gillespie and Randy Weddick of Band Pro recently attended filmmaker Werner Herzog’s presentation at the Musco Center for the Arts as part of Chapman University’s Presidential Inauguration Week. Gillespie wrote about their experience on Band Pro’s blog, featured below.

You can learn more about their experience, as well as Band Pro as a whole, at BandPro.com

For more on Werner Herzog and his extensive body of work, visit WernerHerzog.com Dance, poetry and music started the evening, each performance different from what came before, and all of it leaning heavily to the strange.  The selections felt like a nod to Mr. Herzog’s own body of inspired unconventional work.  No passive celebrations here. 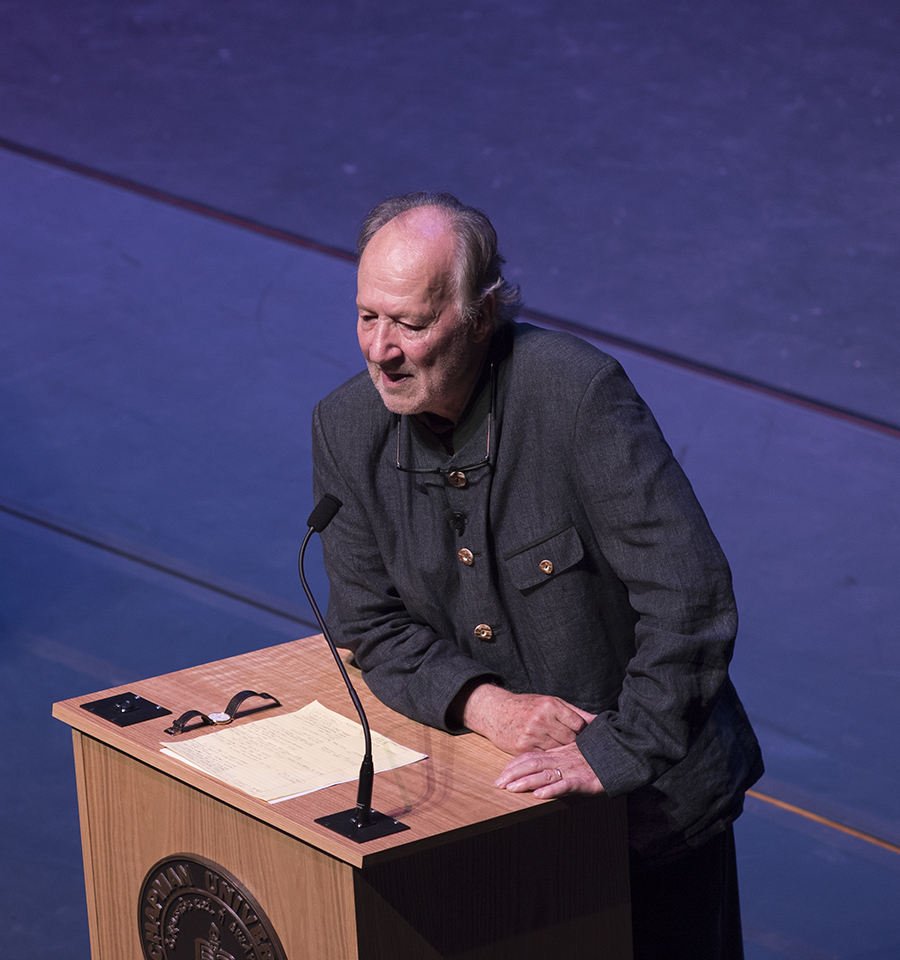 Chapman’s Musco Center is a modern space comprised of finely crafted contours.  Once introduced, Mr. Herzog immediately engaged this vast room, appearing to reduce the gathered hundreds into a single individual that Werner wanted to talk to.  He shared his current inspirations, clips from film projects new and old, and told many good jokes. One story in particular gave everyone a kind of perfect insight into who Herzog is, and why he still creates meaningful films. In 2010 I made a film called ‘Cave of Forgotten Dreams’ about the paintings discovered in Chauvet Cave.  These paintings were made 35,000 years ago, and are the oldest ever discovered.  In the very back of the cave there is a drawing of a horse with 8 legs.  You have to imagine the cave being perfectly dark, and how they lit the wall from the floor with flickering light, and maybe in this light it looked like the horse was running.  Now a thousand years ago in Norse mythology, the chief of the gods is named Odin.  Odin has a horse named Sleipnir, and this horse also has 8 legs.  Is it that we have a kind of cultural memory that can span so many thousands of years?  I don’t know.  But, when I was a boy of 13-years-old, I was living in Munich.  Before this, I had lived in the mountains with my family and had never seen a bookstore.  Every day, I would walk past the window of my neighborhood bookstore, and there in the window was a large book.  On the cover of this book was a horse, a 17,000-year-old cave painting from Lascaux.  This image would stop me in my tracks.  I would stand at the window and stare at the horse.  It completely fascinated me.  Now this was an expensive book, maybe 30 dollars or so, and immediately I got a job and began working to buy it.  I guess I didn’t really understand how bookstores worked, this was all new to me.  Maybe I thought this was the only copy, and I was afraid they might sell it.  So every day I would go past the window and hope that it was still there.  Finally, one day, I had enough money and I got it and brought it home with me. 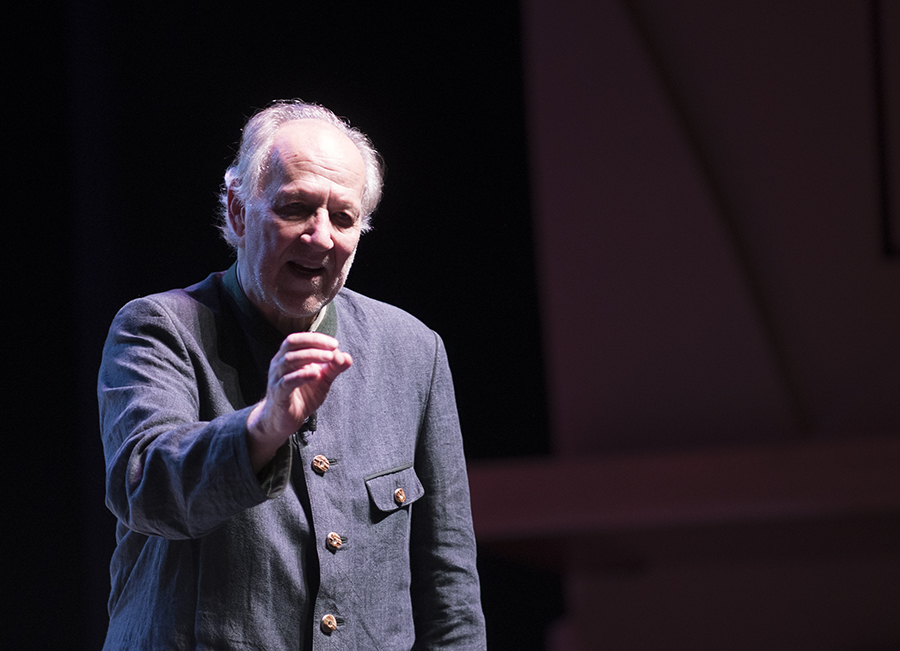 RedGiant Releases Major Upgrade In The Form Of Trapcode Suite 13