“Stunt Tales” was conceived by Stunt Coordinator and performer Stephen Hart, who is best known for his work on such wide ranging projects as “Jason Bourne,” ”Reno 911” and “National Treasure.” The idea formed over lunch with another stunt legend, Bobby Herron. “I hadn’t spoken with Bobby for about 10 years and decided to call and take him out to lunch,” said Hart. “A few other stunt people joined us and we wound up shooting a few questions on our cell phones.”

But with that simple concept, Hart realized there was a wealth of information to record, and an audience interested in hearing the stories of these often forgotten performers. With little resources, Hart and his small team, including wife and musician Gigi Worth, set out to produce the series with the gear that they had. “We decided to shoot two stunt performers, with me interviewing, on three cameras, shotgun microphones and some lighting. We didn’t realize the cameras would only record 10 minutes at a time before shutting off, so we just incorporated that into our plan.” 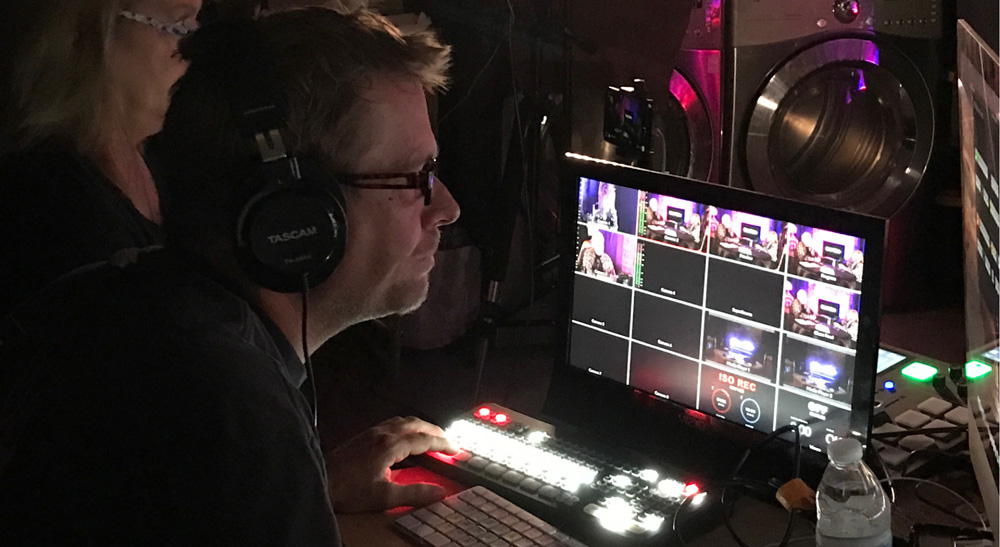 But with extensive logging of footage, mismatching image quality and audio issues, the simple setup was proving to be a limitation. It was about then that Hart learned about the ATEM Mini Extreme ISO. “We knew that in order to become viable for a video podcast or even a cable series we needed to be able to deliver episodes much faster. The only way to do that would be to edit on ‘the fly’ with ATEM.”

Hart converted his garage to a shooting stage, complete with two mannequins in the background dressed in vintage stunt rigs. Three camera feeds were set out via HDMI to the ATEM Extreme ISO. To take advantage of the ISO feature, where individual camera feeds and the switched output were saved to SSD, along with a DaVinci Resolve project, he would need to consider switching editing programs. “I upgraded my Mac and I was told I’d need to pay another $300 to use my old editing program,” said Hart. “I realized I could just switch to DaVinci Resolve Studio for the same cost. So I jumped to Resolve.”

With the older methods, it would have taken Hart a week to complete an episode, but with the new Blackmagic setup he found he could shoot every day of the week and create a new episode, with minimal work. “Our crew went from seven people, including me, to four total.” 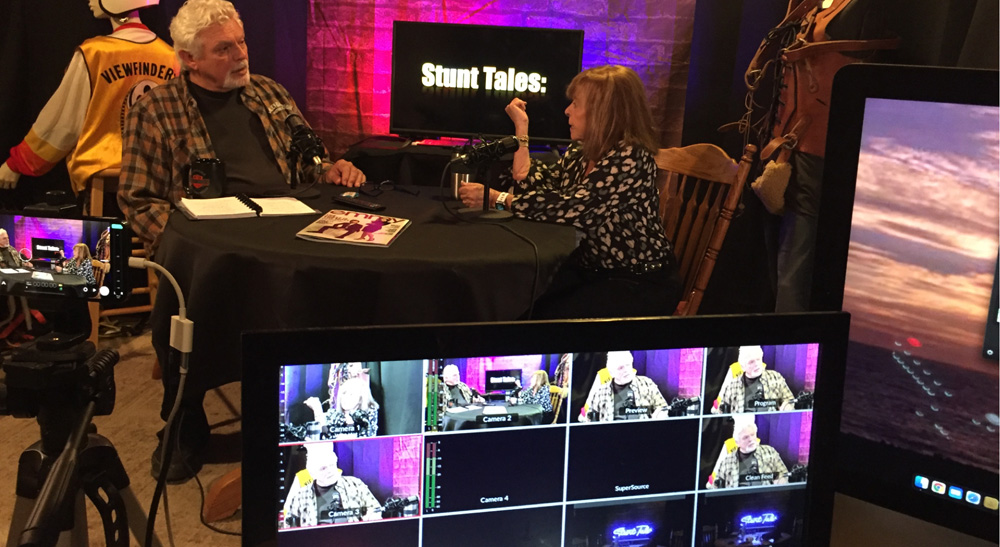 The ISO feature of the ATEM Mini Extreme ISO helped create flexibility in his post options. “What I found was that even with switching live, it is necessary to have the raw recordings in order to re edit if I need to shorten the cut, or even sometimes when longer cuts are needed. Happily I found that the editing page in DaVinci Resolve was easy to pick up. I simply cannot imagine going back to the old way of shooting and editing.”

The show continues to grow, and Hart is thrilled to be capturing the stories his friends and colleagues have to share, from Diamond Farnsworth talking about doubling Sylvester Stallone in “Rambo: First Blood,” to Joe Griffo on “The Mandalorian.” But Hart is most proud of capturing the history of his own craft, and the passion of his fellow stunt performers. “I was excited we could share the story of me hiring 84 year old Bobby Herron on an episode of ‘Reno 911’ where he performed two stair falls at his age. These guys do amazing things, and those are stories I’m eager to preserve.”

Now with his new setup, Hart is capable of shooting more interviews, and capturing the history of stunt performers faster than ever before. “We have shot 12 two hour interviews in three weeks which translates into at least 30 episodes of Stunt Tales. We have 12 more interviews lined up for the next three weeks. This would not be possible without the ATEM Mini Extreme ISO and DaVinci Resolve.” 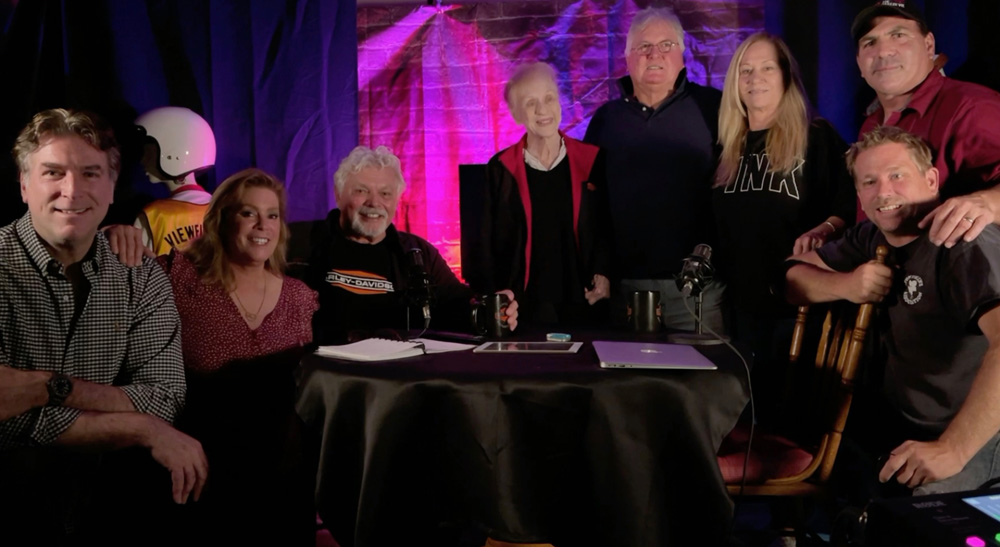